Southern Tier's 2XSmash Double IPA pours clear orange with a lot of carbonation and foam. The aroma is spicy, bright citrus. I don’t pick up on much, malt-wise, in the aroma. The malt is very subtle on the flavor. This thing is all about the mosaic hop load that dominates the tongue front to back. Slightly dank, bitter, with pine and floral character, pepper and garlic notes, and a slightly oily mouthfeel. Pretty good. 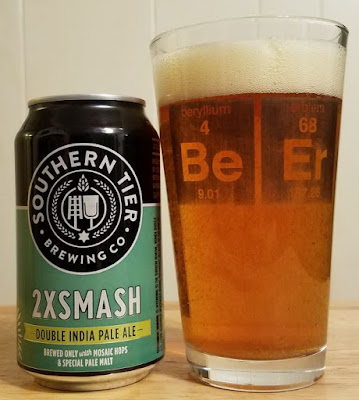 Nu Skool, an IPA by Southern Tier, is a dry, resinous IPA that’s brewed in the west coast style. It doesn’t really add much to the approach, but it’s a faithful rendition. It pours bright, clear yellow with average foam and carbonation. The aroma is strong on the mosiac hops, with pepper and pine character and a little malt sweetness in the background. The flavor is hops up front and then bigger hops on the finish. Pepper, pine and floral notes, and a little bit of burn. It’s fine. 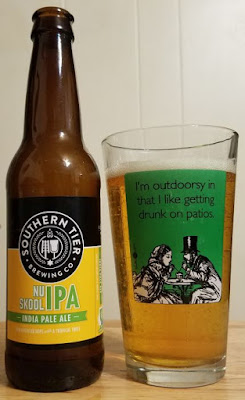 Southern Tier's Raspberry Wheat Beer is a light, slightly malty beer with subtle hops and raspberries that would probably be tasty after a hot day in the summer. Pours purple/pink with a little bit of foam and carbonation. The aroma is yeasty, malty wheat beer with the raspberries in the background. The taste is the same. 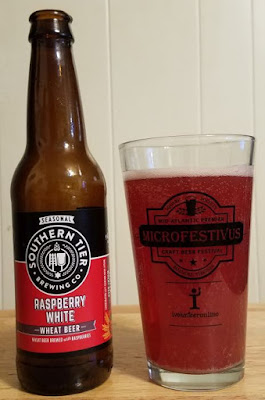 Sixth Circle is an IPA/sour hybrid brewed as a collaboration between Parkway Brewing and Devil's Backbone. I like this quite a lot, it’s among the best things I’ve had from Devil’s Backbone. It pours bright, clear amber color with an average to slight amount of foam. Average carbonation. The aroma is funkier than I’d expected. A little salty and sweaty and tangy, reminds me of a gose. The is piercingly tart up front and on the swallow, lemons and sour grapes show up, then floral hops on the finish. I liked this so much when I sampled it in a flight at the brewery that I bought a growler and got a fill right then and there. 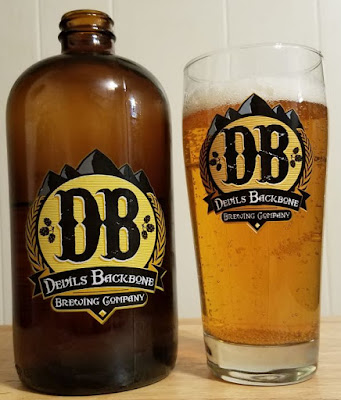 Elysian Brewing's Immortal IPA is deep golden in color with a lot of foam that hangs around for a long time. The aroma is mild but there is some bitter hop character and a little bit of autumn squash and mustiness. The flavor is mild malt and then a very average wash of west coast hops. This isn’t bad. 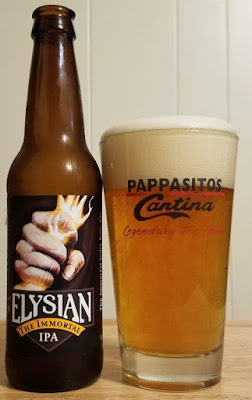 Split Shot is a coffee/milk stout by Elysian Brewing. This would be a damn good dessert/after dinner beer. It pours dark chocolate brown with a little bit of foam. While pouring it the aroma is noticeably sweet, like chocolate milk. The flavor is sweet up front, the chocolate milk quality is still there, but then the coffee hits big on the finish. 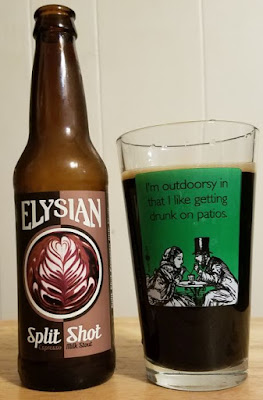