Sixer... four Stones and a couple of Hardywoods.

Sweet, merciful crap. Bigger Longer Uncut, the Scotch barrel aged version of Stone's Double Bastard, is monstrous. This is the kind of beverage I refer to as "stunt beer." Like Dogfish Head's 120 Minute IPA and Rogue's Beard Beer, this is a beer that, while carefully and artfully crafted, seems designed to raise eyebrows. That isn't to say that DB:BLU is a bad beer, but it's definitely a one-and-done. I am glad I tasted it. I'm glad I had a 32 ounce crowler of it, so I could get it out of my system. And I will never have it again.

DB:BLU pours looking very much like Double Bastard, dark copper color with a little bit of tan (tanner than usual?) foam. But even while pouring it, the senses are assaulted by the peat/Scotch character. You smell it across the table, you could probably smell it across the room. It invades the nose, it rests on the back of the throat, it damn near makes the eyes water. This is like the devil is wearing a kilt and rubbing his devilhood on your nose and laughing with a maniacal Scottish brogue. As a bone-deep Catholic, I felt the need to cross myself while pouring this beer.

Once I actually raised the glass to the nose the peat/smoke/Scotch became even more pronounced. But I could detect a little bit of my familiar and beloved Double Bastard maltiness in the background. Apple and dark bread and caramel and onion, it’s all there, it’s just that the Scot has it’s foot on the Bastard’s throat. By the finish, the flavor loses damn near every bit of the classic, gorgeous Double Bastard quality as the barrel forces it's big, fuzzy, peaty, plaid presence into your mouth. (Is that an indelicate metaphor? Yes, it is. It's supposed to be. This is an indelicate beer. It has big, rough hands and it grabs you and it doesn't treat you with much respect.)

All in all, this is the strongest of the barrel aged Double Bastard variations I have had, but not my favorite. The Templeton Rye version of Double Bastard was better than this, and the bourbon barrel aged "charred" version was a complex and beautiful poem in comparison. In those versions, the barrel aging danced with Double Bastard... kissed it, you might say, and not just on the cheek. Those two previous barrel-aged versions of Double Bastard were showcases for whiskey barrel aging. This one? This one turns DB into a welcome mat for a massive Scotch overload. I’m glad I tasted it. I’ve been dying to taste it since it was announced. And I will never have it again. I’m rating it high based on the unique and singular experience of drinking it. But make no mistake, "singular" is not necessarily a synonym for "pleasurable." This beer is mean, loud, and vulgar as all fuck. In a way, I love it. In another way, I think I need to spend a week in a safe-home. 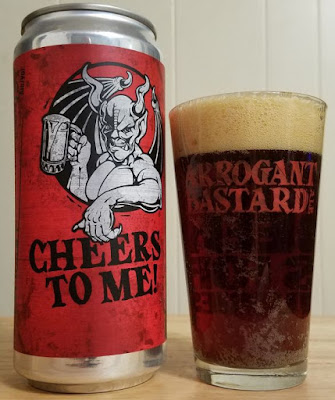 I like Delicious, which is one of Stone’s more sedate IPAs. I like this double version even more, mostly because it’s the kind of big and aggressive IPA I expect from Stone. This is neither as dry, nor as forward, as Ruination (or it’s variations). Nor is it as juicy and earthy as Enjoy By. But it’s a damn good IPA, and I’d make it a second-string regular if Stone decided to offer it in bottles. Doublicious pours clear golden with a little less foam and carbonation than average. The aroma is citrus, leaning toward the sweetness of something like tangerine, without drowning out the malt. The flavor plays the warm malt up front but closes with a wash of piney, dry, hoppy bitterness. And that ABV, nearly 10%, winks on the exhale. I would absolutely not object to another glass of this. 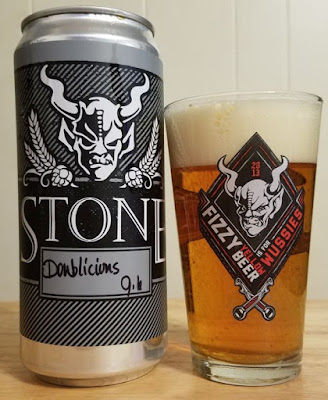 Give Me IPA or Give Me Death is sort of a companion piece to Give Me Stout Or Give Me Death. Both of them are Stone beers brewed with raspberries and blackberries at the Virginia brewery. This beer is a little better than the stout, Like the stout, this thing doesn’t play the berry card in a distinct way. It’s more of a typical Stone IPA. But IPAs are Stone’s thing, and this one is a fairly typical Stone IPA. It pours dark copper colored with a fair amount of foam and smells like floral and grassy hops with some malt and a hint of the berries. The flavor is a typical, big, bitter blast of hops, but the raspberries are there on the finish in a small, faint, slight, flirtatious way. I won’t go out of my way to get this again, but I enjoyed it. 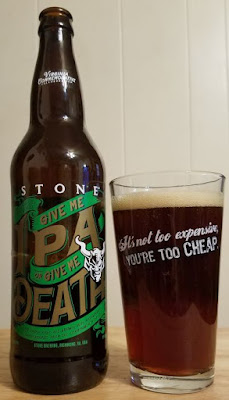 If Stone’s goal is consistency, then they’ve hit the mark with the Richmond brewery's version of their flagship IPA. I don’t notice much difference at all between this and the classic San Diego release. It may be a little clearer orange/yellow, but that may be my eyes playing tricks on me. There is still not much foam and light carbonation, and the aroma is still grassy and citrus, with lemon or orange zest atop a mild malt. The flavor is still strong, bright, bitter, and the finish still combines the slightly sweet malt with a blast of those pine and floral hops. Well done. 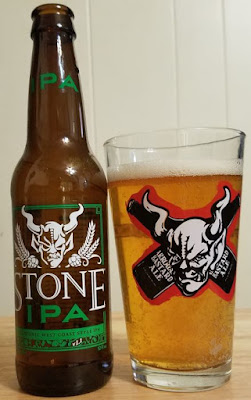 Empress Evelyn is an imperial version of Hardywood’s Evelyn Session IPA, and it is the brewery’s first truly great IPA. I would love to see it become a regular release, or at least a seasonal beer. As of now it’s a very limited release from the pilot taproom in Charlottesville. But you can get it at the Richmond brewery. That's where I had my growler filled, and I only wish now that I could have gotten a couple of crowlers as well. (Hint, hint, Hardywood.) Empress Evelyn pours clear, bright yellow with average head and a fair amount of carbonation. The aroma is citrus, wet grass, a little butter, and dank and funky notes. The flavor is all of that with a nice malt backbone. Dank is the keyword, here. Genuinely dank and aggressive, like the best examples of the style. This is not an extremely original beer, if you have had big IPAs from the likes of Stone and Green Flash, you know what to expect. The joy is that this beer truly delivers that. It is wonderful to see Hardywood do something genuinely big that doesn’t involve barrels, roasted malt, and spices. 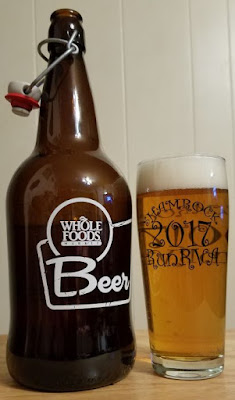 Quadrahop Imperial IPA is a typical Hardywood IPA. Not bad at all, in fact it’s perfectly good. But it just falls short of the kind of greatness Hardywood routinely pulls off with their malty beers and barrel aged concoctions. This beer pours slightly pale orange/yellow with a fair amount of head. The aroma is buttered popcorn, some lemony hops and something like green vegetables... Brussels sprouts, maybe. The flavor is mild up front and then closes with this very piercing, almost whiny, astringent hop quality. The finish is all in the nose. These four hops don’t play together particularly well, and the beer actually smells better than it tastes. Empress Evelyn Imperial IPA from the Hardywood’s Charlottesville taproom is the first genuinely great Hardywood IPA that I’ve had. This one? Well, like I said, it’s not bad. But this brewery is capable of art, and Empress Evelyn proves that they aren’t limited to stouts and barrels. Bottle the Empress and let this recipe fade into distant memory. You’re better than this, Hardywood. 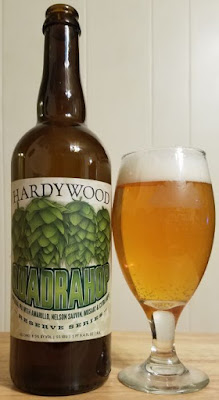