Six IPAs with an emphasis on lupulin powder brews.

I’d never heard of lupulin powder until a couple of weeks ago. Now I’ve had a few beers brewed with it, and I’ve liked them quite a lot. Of course, I rolled into this stuff with Richmond breweries and New England style IPAs, so they had me at hello. For starters, there was The Answer's Hard In The Paint. This beer pours cloudy yellow with a lot of foam that fades to a blotchy rim-ring. The aroma is a great combination of sweet and citrus. Honey and vanilla notes are the distinct characters, and I have to wonder if this is close to what HopSlam tasted like back in the day when people raved about how good it was. But this beer hides the ABV in a way that is far more subtle than any HopSlam I've tasted. Hard In The Paint's flavor is a wonderfully layered tapestry of that tangy citrus and smooth sweetness, with sugary, cake type notes mingling with pineapple, grapefruit, granny smith apples and lime. I could drink this beer every day. 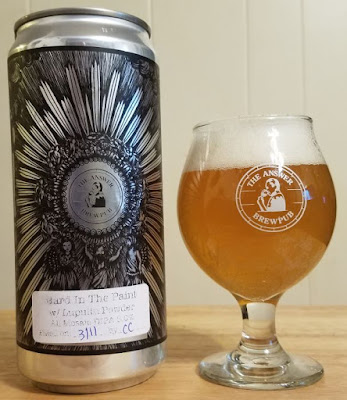 So, up until now, based on the three lupulin powder IPAs I have had so far, the shared notes I tend to pick up on include keywords like creamy, vanilla, rich, and sweet. Like the others, Triple Crossing's Surprise Valley pours cloudy, kind of a lemon yellow with average head. The aroma is grapefruit and sugar, tangy and smooth at once. The flavor is piercingly, pungently bittersweet citrus. Big and rich and absolutely delicious. I enjoyed every sip of this beer. 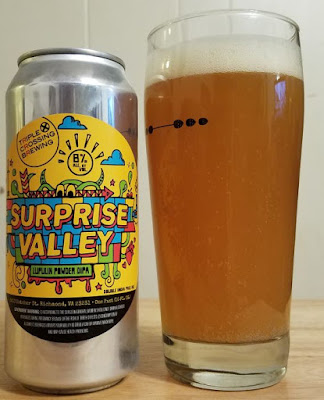 Real Recognize Real is also absolutely delicious. Huge. Juicy. Tangy and somewhat sweet. This is a collaboration between The Answer and Triple Crossing, and it is just fully loaded. It pours cloudy yellow with a lot of foam. The aroma is grapefruit, other fruity notes like strawberry, something like vanilla and starchy notes, too. The flavor blends all of that really well, with sweetness coming through in the finish. Sticky, dense mouthfeel. Wonderful beer. 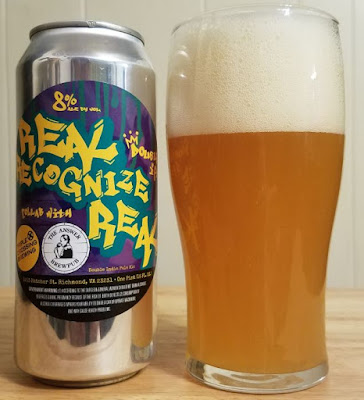 I bought Knee Deep's Lupulin River hoping that it would be a Lupulin powder IPA brewed in the west coast style, so I could contrast it with the Lupulin powder New England style IPAs I have had from Richmond breweries. I’m not at all sure if this is brewed with the powder, it isn’t that similar to others I’ve had, but it does have a hint of that honey sweetness on the aroma and the flavor. It pours very clear yellow with a lot of foam. The aroma is mostly mild and rich, but the flavor brings some big, bright, West Coast style bitterness through the finish. Not exactly what I’d hoped for, but still tasty. 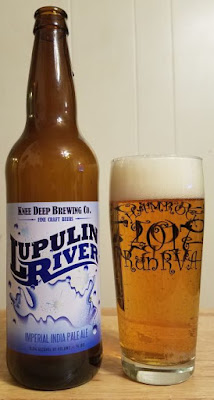 If you go into this expecting something more like an American strong ale (think Arrogant Bastard or Lagunitas Lucky 13), you’ might enjoy it. But it certainly doesn’t drink like an IPA. Southern Tier's 2X Oak'd IPA is made with maple and aged on wood chips. It is ultimately an odd offering. It pours light orange with average foam and a lot of carbonation. The aroma is maple and brown sugar, primarily, but there is also some citrus hops and spice in the nose. The flavor is smooth and rich and has a little bit of an oaky, liquor quality. It’s hoppy, sure, but mostly about oak and rich maltiness. I really don’t mind it, I could drink it again, but it isn’t something I’d search out. 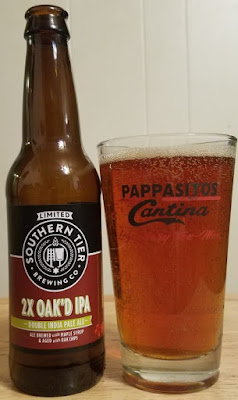 Stone Pataskala Red IPA is a fairly standard red IPA or hoppy red ale, but pretty good. Pours red, as it should. Deep but bright copper color with a lot of head. The aroma is spice and caramel and a little floral hoppy tingle. The flavor is pretty nice, the malt and hoppy tingle blend from the front to the back of the tongue. It’s maltier than it is hoppy, but it doesn’t taste bad. I could drink it now and then. 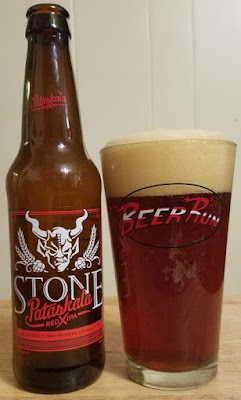