Two from Triple Crossing, two from The Veil, and two from Stone.

Clever Girl, by Triple Crossing, is a really nice, bright, lemony IPA. Pours coudy yellow with average head and carbonation. The aroma is slightly sweet with lemon and orange overtones. That’s also the flavor, and the finish is clean and crisp. This would be a wonderful warm weather beer. 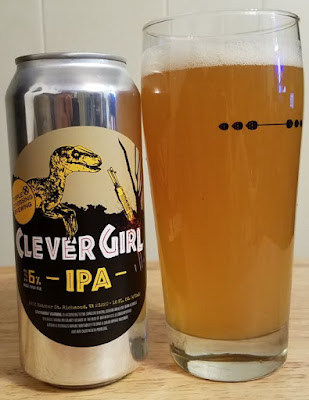 Like Falcon Smash, this imperial version of Triple Crossing's IPA is sweet without ever getting too sweet. And it has a punch from the ABV that is really nice. Double Falcon is hazy orange, not a ton of foam, average carbonation. The aroma is citrus, a little hint of white wine, a bit of pepper in there, too. The flavor is huge up front, grapefruit, a little vegetable quality, some crackery malt. The finish hints at sourdough and delivers some vapor from the big ABV. This is excellent. 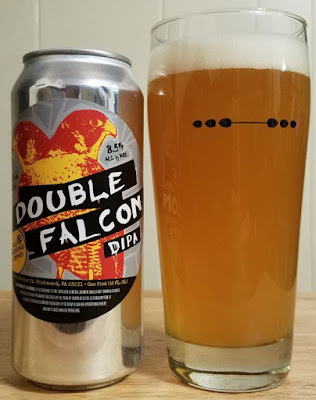 Fake People Imperial IPA pours the color of grapefruit juice, cloudy, with very little foam. The aroma is funky and strong. Citrus, vinegar, strong fresh-cut grass notes. The flavor is also funky and dank, but well balanced. Hoppy, bitter notes up front are followed by a malty wash in the finish. Not a lot of indication of the big ABV. This is a rich and bitter beer, and typical of The Veil’s aggressive, delicious IPAs. 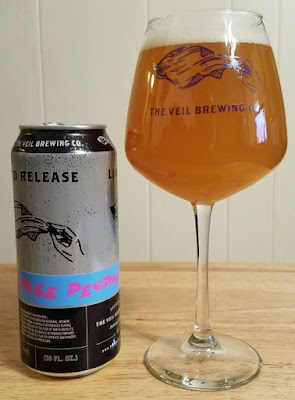 Fake Love, another of The Veil's fine imperial IPAs, pours lemon/orange, cloudy, with a lot of foam. Sweet, citrusy aroma. Clementines, lemongrass, some spice, some starch, but mostly dank/tart. Delicious flavor, grapefruit and other fruit, a little bit of melon. Buttery, bready malt in the background. Very, very good. 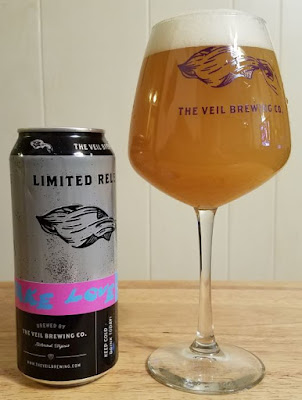 I guess Stone's Ripper Pale Ale is OK. It’s somewhere between a pale ale and an IPA, with an aroma that kind of evokes Arrogant Bastard. But it doesn’t really hit any of the spots that any of those beers might hit. It pours copper brown with a fair amount of foam. The aroma is like a strong ale, Arrogant Bastard and the like. A combination of hops and caramel and citrus, some apples, some spice. That’s the flavor, too. The finish is a little malty. It’s not bad. I don’t really want it again. 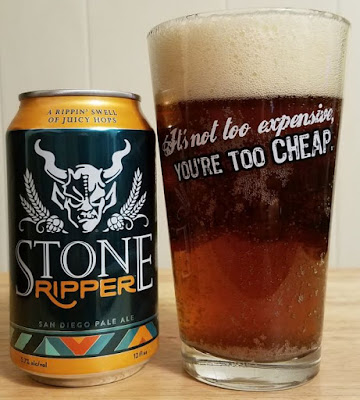 I guess Stone's Coffee Milk Stout, with Peppermint and Chocolate Mint, is decent. It isn’t something I’d want again, but I finished this bottle. It pours dark brown and has a good bit of foam. The aroma is heavy on the mint. The sweet malt, lactic acid, and chocolate are there, but the mint is atop it all. The mouthfeel is creamy and smooth and the flavor is rich and sweet. Chocolate and mint are just about all there is to taste, but it doesn’t taste bad. Like a chocolate peppermint patty in a glass. 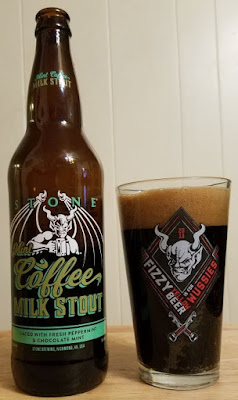