Six. And I'm drinking a little less as of late, so they'll be coming less frequently. I think the extra carbs were slowing me down, so I'm mixing it up a bit. Anyway...

Sierra Nevada's Maple Scotch is a Scotch style beer with maple added, as the name implies. It is decent, and it really is a scotch ale. I had expected something heavy on maple, sweeter, closer to an autumn, marzen/pumpkin kind of thing. But this ale is legitimately scotchy, and the maple is a secondary presence. It pours amber colored with average head. The aroma is scotchy and malty, and so is the flavor. A bit of hops and some mild maple duke it out for dominance of the finish. I grew to like this more over the course of the glass. If you were to offer me another glass of this, I would not punch you in the throat. 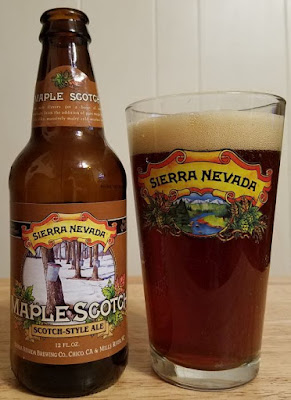 Sierra Nevada's annual winter mixed twelver always has something in it that I'm not that interest in trying. This year it was the Single Hop cascade IPA. Well, what the hell do I know. This cascader is delicious, light, and zesty. It would be supremely slamable in warmer weather. This beer pours clean and clear orange/yellow with a head that fades quickly. The aroma and flavor are both all about the hops. Fruity, citrusy, with lemon and tangerine and still plenty of noticeable malt. Reminds me more of Sierra Nevada’s classic pale ale than anything else, with a clean cascade hop finish. That’s not at all a bad thing. 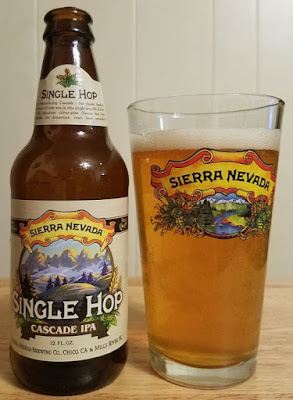 This year's Sierra Nevada Beer Camp release is alright, but can’t compare to the Hoppy Lager from a few years back. I keep hoping that the next Beer Camp offering is gonna be as good as that beer was, and Golden IPA ain't all that. It is pretty good, but it's nothing that's gonna suck your panties up into your buttcrack. This IPA pours golden in color (duh) with average foam, average carbonation. The aroma is pretty good. A little bit of lemony, tangerine fructose thing. The malt is a bit pedestrian, and the overall flavor is dominated by that sweetness,but not in an awful way. This beer might grow on me if I gave it another chance, but I’m moving on. 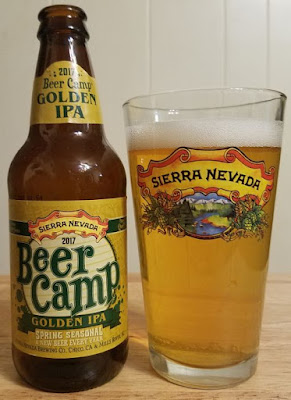 Then again, Tropical Torpedo is further proof that I should only reluctantly doubt Sierra Nevada. This isn’t quite what I expected. I expected a slightly sweet version of Torpedo, and wondered how that would work with Torpedo’s aggressive hop profile. To my palate, Sierra Nevada has tuned down Torpedo’s drive to make room for a little sugar, and it all works pretty well. The beer pours clear orange color with a little bit of foam. The aroma is grassy and slightly dank, like Torpedo, but with pineapple-tangerine style sweetness. The flavor brings that stuff forward. But the classic Torpedo bitterness is there, albeit in a slightly downscaled form, on the finish. I liked this bottle from the first sip to the last. 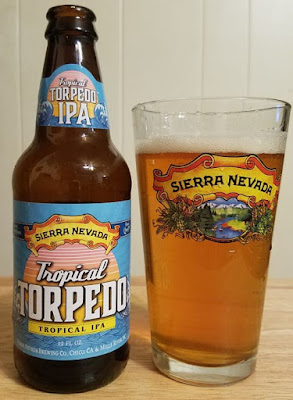 Sleigh'r is a dark double seasonal ale by Ninkasi. It's OK, I suppose. I didn't spit it out and curse and shake my spindly fist at heaven while I was drinking it, so there's that. But this beer really isn’t anything special, and it’s probably the least of the Ninkasi beers I’ve had so far. It’s just boring. It pours amber/brown with average carbonation and foam. The aroma is slightly sweet and malty. The flavor is also slightly malty, slightly sweet... just slight in general. The one and only unforgivable sin is to be boring. This beer is unforgivably sinful. 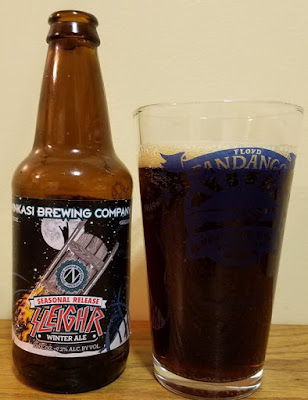 Victory's Tart Ten is one very well balanced sour. to be honest, at this point in the history of my palate, balance isn’t what I’m looking for in sours. I’ve been enjoying the style more and more, and the more aggressive sours are really winning me over. This one is rich, smooth, and only slightly sour, and it’s probably a good way to introduce the sour beer concept to people who like malty, rich beer. This pours light brown with a little bit of foam. The aroma is something like tart apples and some sweet spices... cinnamon, nutmeg, etc. Up front the flavor is a little tart, with the warm, rich malt in the background. Over the course of the bottle, as it warms, the malt moves forward and the sourness fades and seems to eventually dissolve entirely. The ABV is so hidden in the flavor that you could end up in a little trouble over the course of a seven-fifty. I’d hoped for something with some sour contrivance, and instead I got a beer that seems to be crafted with some delicacy. I would probably love Tart Ten in a few years when my relationship with sours isn’t a novelty. The shame is, I’ll likely never drink it again. 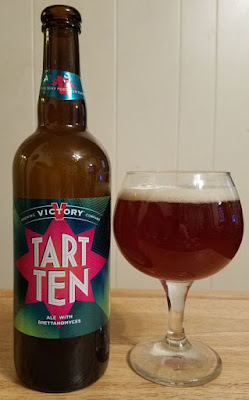