I won't always buy Stone's high end beers. It's hard to make myself pay big bucks when Stone's affordable flagship brews are damn near perfect. But I did buy this bottle of 2016 Southern Charred Double Bastard. OK. So, I didn't think the Templeton Rye Barrel Aged version of Double Bastard was particularly better than regulation Double Bastard. But this... this is really something noteworthy. This beer looks like Double Bastard on the pour, it's dark caramel brown with little head. The aroma is just gorgeous. It smells like Double Bastard, but has huge, warm, buttery, bourbon character. Vanilla, spice ...rich and woody and strong. The flavor is bigger and bolder still. It's complex and rich and absolutely delicious. Nutty, toasted, with burnt sugar and earthy, ochre notes. The finish is spacious and warm, and the big blast of the ABV hits the nose like a ghost train. This is a beer to save for special occasions, or to make any occasion special. 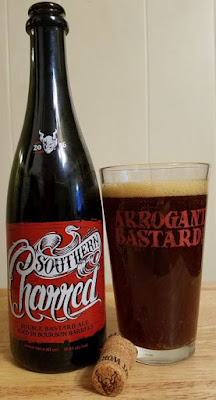 I actually like this new version of New Belgium's Ranger IPA quite a bit, mostly for the warm and mildly funky aroma. Voodoo Ranger pours a clear yellow/orange with some tenacious foam. The aroma is really nice. Slightly tropical, kinda funky, some grassy notes... it all blends together well in the nose. The flavor ain’t bad, either. It’s mild up front but closes with a little bit of bitter kick. A little understated but not tame. Pretty good, I’d have it again. 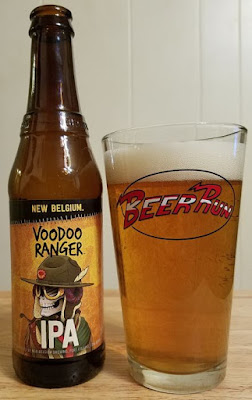 I guess New Belgium's Citradelic Exotic Lime Ale is somewhere between a gose and a light pale ale, but it doesn’t seem to have enough of any kind of character to appeal to anyone. And what citrus/lime quality there is here smells and tastes synthetic. It pours light yellow with lots of head and carbonation. The aroma is mild, and the lime notes are sedated. The flavor is also sedate, mild, muted, bland, and artificial. It isn’t awful, but it isn’t something I care to have again. 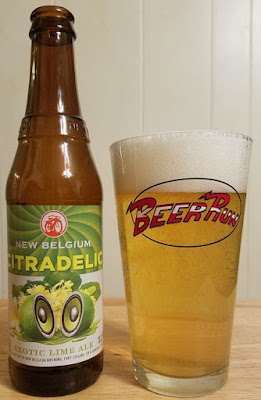 I think Red Chair Northwwest Pale Ale is the best thing I’ve had from Deschutes. It’s really pretty tasty. It pours orange/red with average head, lace, and carbonation. The aroma is incredibly well balanced. Rich, hoppy, just a little bit sweet, with a hint of apple and spice notes. The flavor is is balanced, too... the malt is warm and rich and the hops kick in on the finish without stealing the show. This is somewhere between an American strong ale and a pale ale, and flirts with both styles in a tasty and unique way. 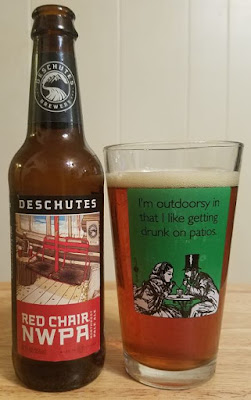 Deschutes Obsidian Stout is a fine, classic take on the American style stout. It pours dark brown to black with copper highlights and little foam. The aroma is coffee and a bit of citrus and charcoal. The flavor is all about the roasted malt. Not a bit sweet, not off balance, just a dark, rich, roasted malt character that is delicious to the last drop. A fine stout. 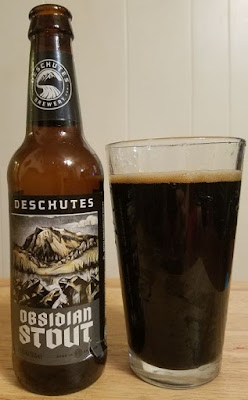 Clown Shoes Clemtine Witbier is a decent wheat beer with a sweet, polished, citrus character. Pours fairly clear yellow with a good bit of foam. The aroma is lemon, orange zest, sweet and fruity wheat beer notes. The flavor is the same, swinging to the sweet side. But not enough to get cloying. I wouldn’t want this every day, but it ain’t bad. 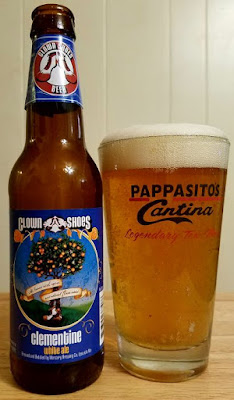