Farmer Ted's Cream Ale by Catawba Brewing just kinda lays there. It pours pale yellow with a quick, crackling head and average carbonation. The aroma is like a slightly sweeter adjunct lager. Corn, rice, etc. Maybe some wheat. A little bit of sugar seems to be a presence on the flavor. I didn’t hate it. There isn’t much going on here, but it isn’t bad. 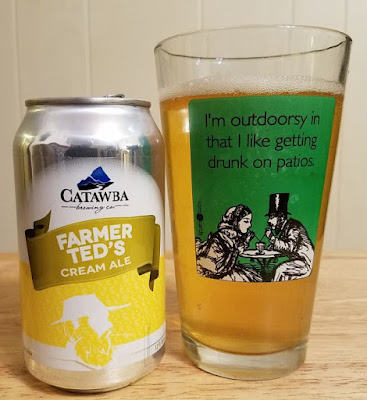 Catawba Brewing's Firewater IPA is not really an interesting IPA, but not a bad one. It pours orange in color with very little foam. The aroma is a little bit of grassy hops, vegetables, and mildly sweet notes. The flavor is dominated by the hops in a perfectly acceptable way. The malt is not undetectable. Decent. 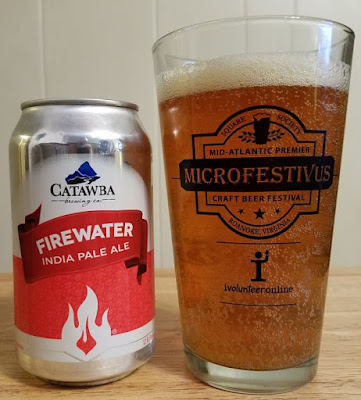 Brown Bear is the name of Catawba Brewing's brown ale. It pours chocolate brown with a fair amount of light brown foam. The aroma is caramel and a little bit of spice and grassy hops. The flavor is caramel up front, and closes with a very mellow, slightly sweet malt. Not terrible, not life changing. One more beer. 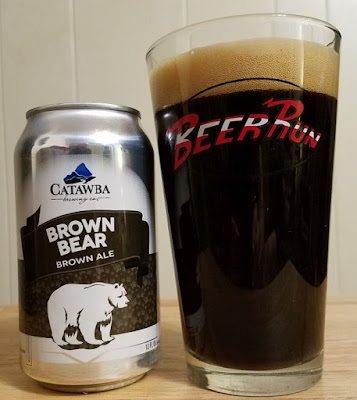 I mean, OK, fine, I guess. Peacemaker Pale Ale, by Lonerider Brewing, pours copper colored without much foam. The aroma is malty and the flavor is malty, but not really distinct or rich or interesting. Not bright and hoppy enough to be a good lawnmower beer, but the malt just lays there. It’s not a terrible beer but it’s really not much of a beer at all. 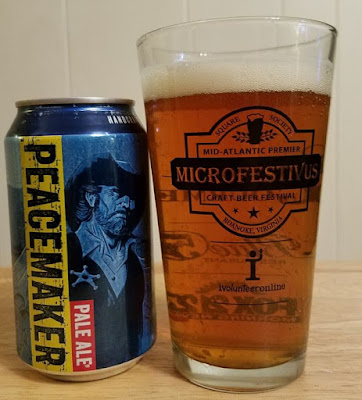 Westbrook Brewing's Gose is tasty. The can promises that this beer is "sour, salty, and delicious," and the beer keeps those three promises in spades. It pours clear yellow with a ton of bubbles and a little bit of quick-fading foam. The aroma is salty and piercing tartness, the kind of character I associate with cold apple cider or only lightly sweetened lemonade. The flavor is crisp, very sour, and salty on the finish. Low ABV makes this a session winner. I could suck these things down all day. 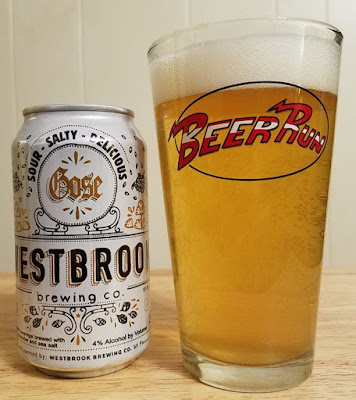 Give Me Stout Or Give Me Death is a stout that is brewed in collaboration between Stone, Hardywood, and Ardent. For some reason, the insufferable douche-nozzle who currently inhabits the Virginia Governor's Mansion is also listed as a participant in this beer's creation. This stout pours black with a tan head. The aroma is very much like any imperial stout, with roasted malt and coffee notes, plus a very faint and indistinct hint of the berries mentioned on the label. It is to Stone’s credit that they don’t overdo it with ancillary ingredients. The flavor is rich and hearty, with a strong, bitter quality dominating the character. The berries aren’t much of a presence on the tongue, and the stout isn’t really anything special, but it certainly isn’t bad. Maybe if Stone hadn't felt compelled to somehow involve Virginia's current carpetbagging shitheel governor in the recipe, it would have turned out better. 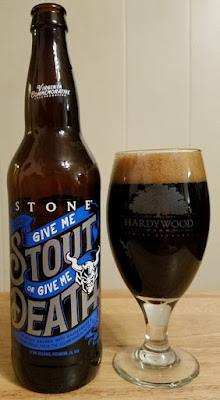