If you wanna read six beer reviews, you're in luck. Here's six beer reviews. Again, this set is heavy on stuff I got to sample because of the generosity of my friend Adam. Adam is my Beer Guy. Everybody needs a Beer Guy, and I hope your Beer Guy is half the Beer Guy that Adam is.

Triple Crossing's Falcon Smash is a strong, tangy IPA that flirts with sweetness without ever tipping in that direction. It pours hazy orange without a lot of foam. The aroma is grapefruit, lemon, all kinds of citrus, and a hint of sugar. Something in the background reminds me a little of chewing gum. The flavor is big and clean, the finish is dry. Hell yes. Battle Creek is a DIPA from Triple Crossing's Lockout Series. It is a fantastic, juicy, balanced DIPA with an 8% ABV so buried beneath a mountain of tangy hop tastiness that it’s almost undetectable. This beer pours a slightly cloudy yellow/light-orange with average head. The aroma is lemon and tangerine and musky, oily richness. Big, juicy flavor. The kind of beer that makes it hard to believe that citrus isn’t an actual ingredient. Just a pure pleasure to drink. 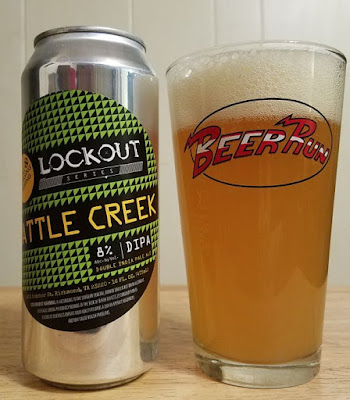 I've been looking for Ballast Point's Mocha Marlin for quite a while and I finally found it in Lexington. This is a very good coffee porter, although I don’t think I like it as much as my beloved, regular version of Black Marlin. This beer pours chocolate brown with average foam and carbonation, like the original recipe. The coffee addition is all over the nose and tongue. This beer smells and tastes like rich, slightly sweet espresso and a little bit of chocolate. There is already a bright morning-blend coffee tone going on in regular Black Marlin, but here it’s more of a rich, dark espresso character. The American hop quality and slightly tangy finish of the original stuff is muted, here, in favor of more of that espresso. Espresso front to back. It’s good, but I’m in love with Black Marlin as it is, and this diversion can’t replace Ballast Point’s delicious hoppy porter. 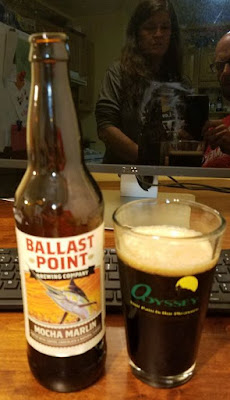 I’ve not yet had one bad beer from The Veil Brewery, and OK Guy is one more good one. This peach/apricot double IPA pours hazy orange, and my can was as clumpy as a lava lamp. That’s fine, it doesn’t effect the drinkability or the flavor, and this beer is very drinkable. The aroma has the musty simcoe hop thing going on, and there is a fruity character I’d expect from a beer with added peaches and apricots. The flavor is the same, I don’t really taste apricots or peaches specifically... just a tangy fruity kind of thing that gives this beer a little something extra. I thoroughly enjoyed this. 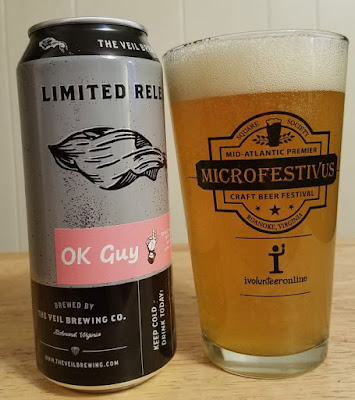 Sierra Nevada's Christmas Jam is the best session IPA I’ve had. I actually liked it. I’d have thought this was a regular ol’ IPA if you’d poured it and handed me a glass without telling me that the S word was on the bottle. It pours golden yellow with a fair amount of foam. The aroma is lemony and grassy, it smells great. The flavor is clean and slightly malty, with a big, hoppy finish. Not watery, not weak, not boring, not thin. This beer actually tastes good. I usually think that session IPA is a waste of potable water. But this is actual beer. 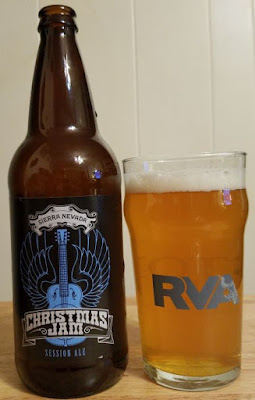 I'm sure at this point that I am the only person who is surprised to hear me say this, but it's just the truth: Hardywood has replaced Stone as my favorite brewery. What that brewery does with stout is just pure, perfect, accessible, gorgeous art. for instance, Hardywood's Gingerbread Stout... it is delicious on it’s own, and the barrel aged version is fantastic. But there are other variants and I have not yet had a bad one. This coffee version is just about as good as coffee stout gets. It pours dark chocolate brown with average head. The coffee is strong on the aroma, but doesn’t mask the ginger and slightly sugary richness of regular GBS. The flavor plays the coffee card really strongly. To my taste it’s mostly a coffee stout, although the gingerbread character is still there, floating in the background. I don’t know if Hardywood can do any wrong at this point. 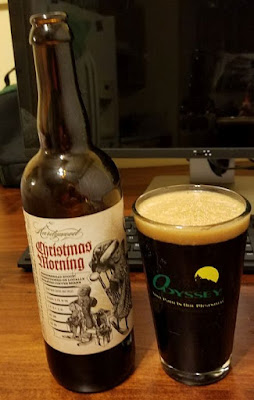