The Veil's Single Brothers is one more over the top dank, juicy imperial IPA. I love the style, so that's no complaint. Single Brothers pours dark, hazy brown/orange with a lot of head. Gigantic grapefruit and floral hop on the front of the nose, with some hay and butter lurking in the background. Very juicy, tart, creamy, bitter, bright flavor. Just delicious. 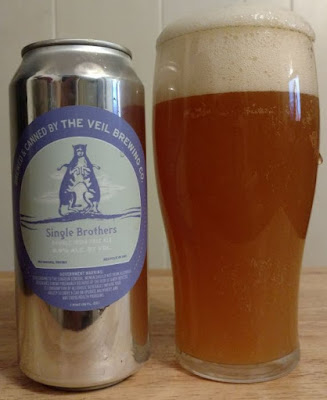 Boss Man, by The Viel, is a sour imperial IPA. It pours cloudy, pale orange with a fair amount of foam that disappears in a hurry. This beer is all IPA up front. In the nose there are big, floral hops, citrus, some buttery malt. The flavor is dominated by the sour. It hits hard mid-tongue, and the twist is rich and tangy. Notes of peaches and granny smith apples make it pungent and funky. Yes, sir, I like it. 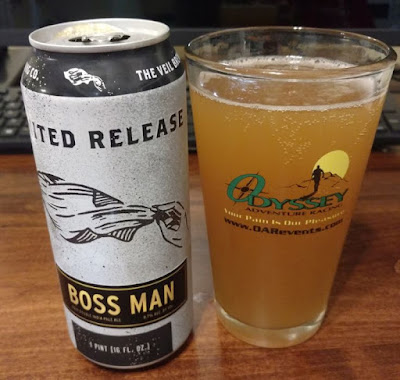 The Veil's Kevin Kevin is the DIPA version of one of their sour IPAs. It pours cloudy orange without much head. The aroma is funky and sly. Lemons, gym socks, cat pee, a little buttered bread, all of it intriguing. Some sour IPAs, to my taste, are bitter hops up front with sour in the finish. This one does it the other way around. I get the sour on the front of the tongue and it closes with bright, dry hops. Compared to other Veil IPAs, this one lays there a little bit on the finish. From another brewery this would be a huge hit, but from the Veil this one is merely damn good. 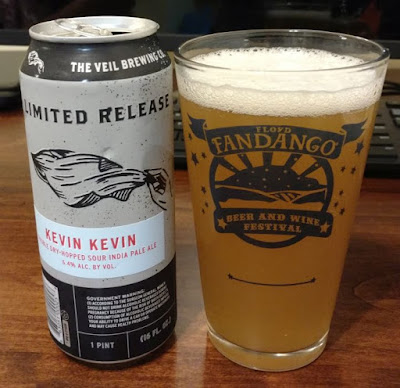 New Belgium's Lips of Faith Tart Lychee pours hazy pale yellow with very little head. The aroma is really nice. The sour and a buttery malt both come through on the nose. Very tart, strong flavor on the front of the tongue, and mellow in the finish. I don’t pick up on the cinnamon but I don’t care. This thing tastes great. 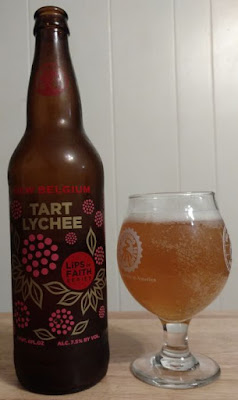 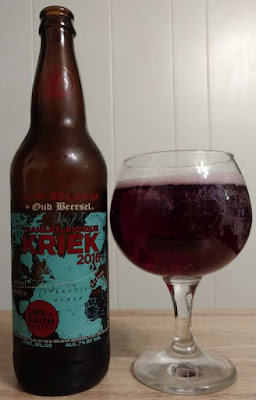 Brothers Craft Brewing isn't re-inventing the wheel with Resolute, a barrel aged Russian imperial stout. But there is nothing wrong with playing a familiar tune if you can play it this well. Resolute pours dark, chocolate brown with average foam. The aroma is really rich with a little spice and vanilla. The flavor is dense and flavorful. A lot of coffee, anise, some nutty character, bright notes, and strong, sweet, mellow vanilla hints of the barrel. This is the kind of beer that reminds me why barrel aging an imperial stout never fails to make me happy. 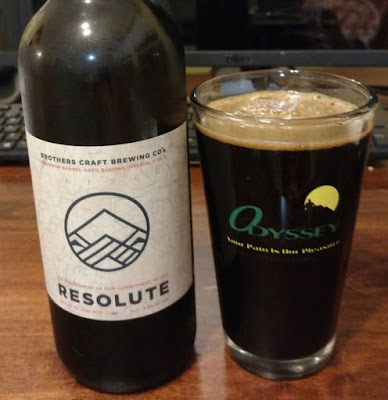