I think Green Man's Harvester Ale is one of the better Oktoberfest beers I’ve had, although I’m not a fan of marzens generally. So, take marzen praise from a non-marzen fan for what it is worth. This beer brings a sweet, rich quality to the style that makes it just highly drinkable. It pours bright golden color with a fair amount of foam. The aroma is sweet, with molasses and sugary malt very prominent. That’s the flavor, too. None of it really segregates to the front or back of the tongue, it’s just this swirl of mild hops, a little something like honey, a bit of pineapple... it all adds up to an unassuming but decidedly sweet brew that I found refreshing. 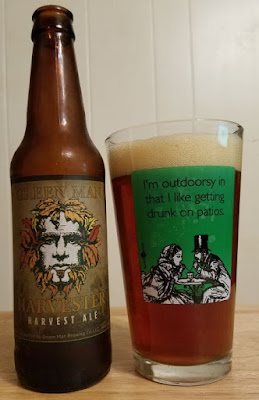 Green Man's ESB is not a bad bitter, but not really anything special. It pours caramel brown with a little bit of suds. The aroma is creamy, nutty, a little hint of floral hops and maple. The flavor is mildly sweet and malty, just a hint of caramel and toasted malt. OK, fine. 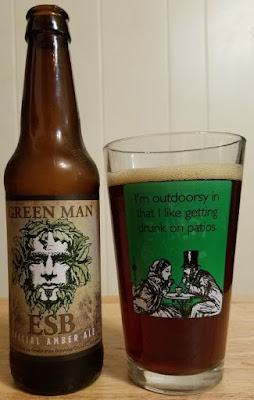 The flagship IPA by Green Man is OK. Just OK. It’s nothing to write love songs about. In Roanoke or Lexington it would actually be top tier, but this is from an Asheville brewery. Asheville is a whole ’nother with a whole 'nother standard. This IPA pours copper color with little head. The aroma is standard IPA. Some grassy hops, some cereal malt. Standard IPA taste, too. Not bad in any way. Just not Asheville. 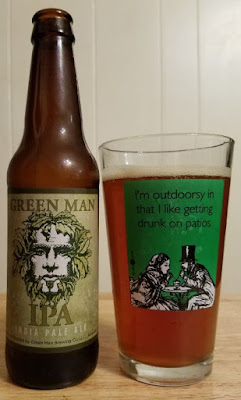 Space Dust IPA by Elysian Brewing pours clear, dark yellow with thin foam. The aroma is lemon citrus, hay, some bready qualities. The flavor is big on that lemon up front but closes with a really clean, strong bitter hoppiness. Pretty good. 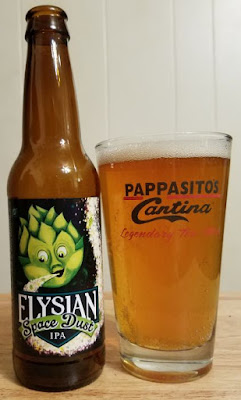 I had Hardywood's Rye Whiskey Barrel Pumpkin Ale on tap at the brewery and later from a bottle. I liked it much better on tap, there were creamy vanilla notes that I just don’t get from the bottle. It pours orange/brown with a good bit of foam. The aroma is like a pumpkin ale with some strong rye character. The flavor has more of the rye, but it isn’t as rich or as warm from the bottle as I thought it was on tap. It isn’t bad but it’s far from Hardywood’s A game. 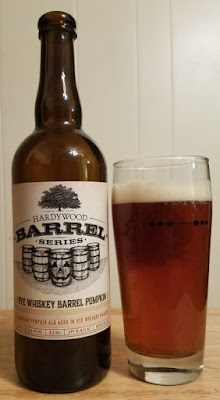 Underground is a kvass, an example of an obscure low-alcohol style, by Flora Fonta in Morgonton, North Carolina. This beer is one of the strangest, and one of the best beers I have had in 2016. This beer pours hazy brown/yellow without much head. The aroma is just crazy. All kinds of qualities come through; fermented apples, sauerkraut, crusty bread, something like wet cardboard. The flavor is tart and bright and really odd. On the finish there is a salty, moldy kind of thing that I find hard to describe. Somewhere between kombucha and a sour ale. I’m completely indifferent about the low ABV. The body is light and crisp. This beer has surprised me more than anything else I’ve had this year, and I really love it. 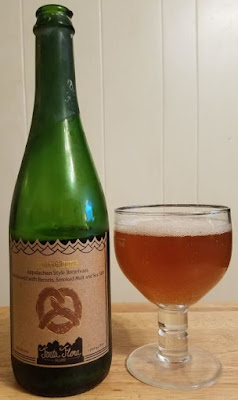