Here's six more, and like the last batch, this set features several more from The Veil. I am indebted to my pal Adam for bringing me these beers to try. The Veil is poised to bump Hardywood out of my #1 Virginia Brewery spot at this point.

The Veil's We Ded Mon is a very big, uncompromising Imperial IPA. The brewery bills it as a triple, and it’s hard to argue with the designation. This beer pours dense, pale orange. The head fades quickly. The aroma is very strong and aggressive, in league with the last release of Lagunitas The Waldos and Stone's RuinTen. Nose notes include grapefruit, mango, and all manner of funk. It's supremely bitter, the flavor is mean as hell. Bright up front, closing strong and dank with an unmistakable presence of the big ABV. On the swallow it hits again like a tank backfiring. Big, skanky beer. 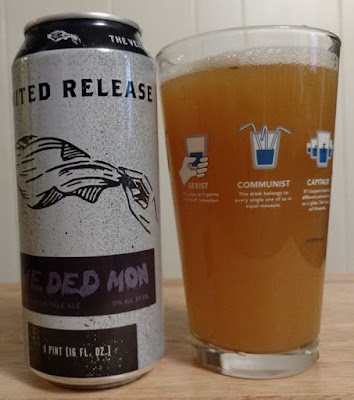 Dirt Nap is another imperial IPA by The Veil. It pours with a body like pulpy orange juice. The foam on the top is thin but stubborn. Smells like mildly bitter orange juice, too, but the flavor leans toward grapefruit. Still sweet, but tangy, bitter, with a significant kick. Absolutely no hint of the 8.8% ABV. Just giant juice with a dry, bright twist in the finish. 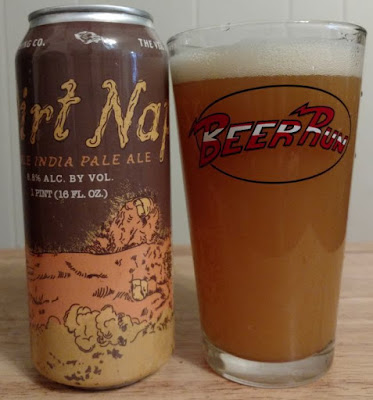 As long as The Veil keeps turning out delicious beer, I will forgive their tendency to give their brews trendy sounding names, such as Never Heardofit. This gose is light, refreshing, and a really nice after-dinner beer. Pours blood red with a pink, foamy head. The aroma is tart, sweet, fruity candy. I figured that would get old by the end but it never wore out it’s welcome. The flavor is bright, juicy and sour. The finish is sweet berries, a little salt, a little lemon. I probably wouldn’t buy this often, The beers I set out to track down are the ones that plunder your palate. But it is the kind of thing I’d crave occasionally if I had it more than two or three times. 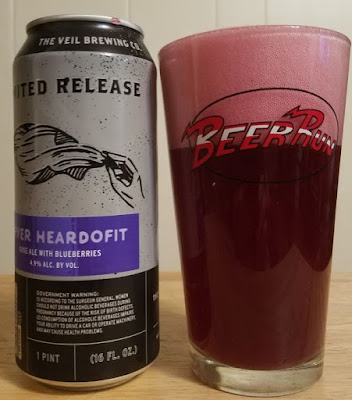 Another established favorite that somehow fell between the boards, I only recently realized that I'd failed to review Sierra Nevada's Hoptimum Imperial IPA at ratebeer.com or here at the blog. This beer is a giant mouth twister. Hoptimum pours bright, clear orange with a lot of foam. It has legs for days. There is a big, aggressive hop aroma with the usual West Coast mega bitter notes... citrus, gym socks, litter box stank and something like cabbage. The flavor is that to the power of ten. This is aggressive beer. Hoptimum rubs hard. 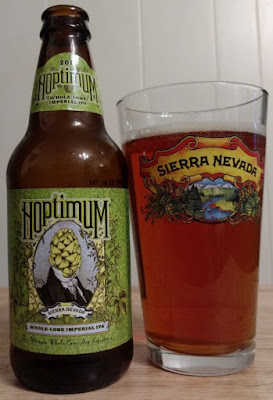 5 Beans is Six Point's current version of the bean porters. This year's variation is the least of the three releases so far. It's still very good, but the adjunct ingredients may be on the verge of overkill. It pours very dark brown with tenacious, caramel cream colored foam. The aroma is a little overwrought. The coffee and chocolate from the previous releases are drowned out by an overly spicy, synthetic quality. There is some smoke, some allspice and pepper, but mostly a cough-syrup like density. The flavor is better than the aroma, but that cherry cough drop quality is still a presence. The coffee is there, the chocolate is there, but they are subjugated to a secondary role. 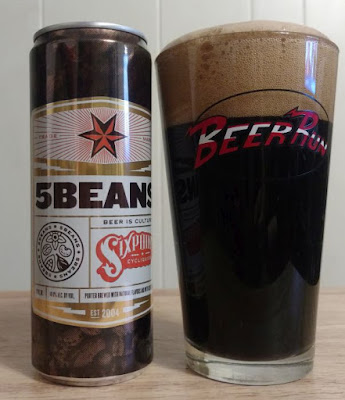 Allagash Little Brett is something like a session sour. I tried it, anyway. Little Brett ought to be called Very, Very Little Brett. Or maybe Very, Very Little of Anything. This beer pours pale yellow with a ton of head. The aroma is a bit promising, it has a mild suggestion of that funky, cheesy Brettanomyces thing going on. The flavor subdues it into almost nothing. This is probably the right beer to use to introduce sours to someone who is pale with terror at the very idea. But if you’re already neck deep in the sour thing, this beer is only going to mildly annoy you. It’s not awful, it’s probably OK for quenching thirst. But not for much else. 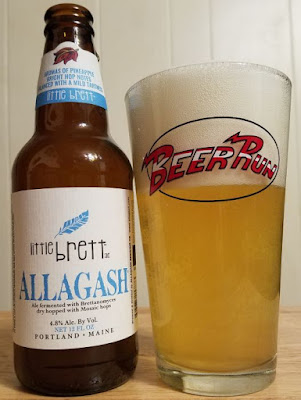