Another six with a bunch of fall beers.

Black Boss Porter is not the best baltic porter I’ve had (my preference is for Smuttynose’s version of the style), but this is still a pretty good beer. It pours dark brown with a fair amount of head. The aroma is not strong but it’s appetizing. Some anise, a little espresso, a faint bit of citrus. The flavor is coffee and sweet malt on the front, and it closes with some milk chocolate notes and a hint of cherries, kind of a Dr. Pepper thing that I often notice in Baltic porters and bocks. The high ABV is there in the flavor, but it isn’t medicinal or synthetic. In my area this beer is inexpensive, which effects my overall score in a very positive way. 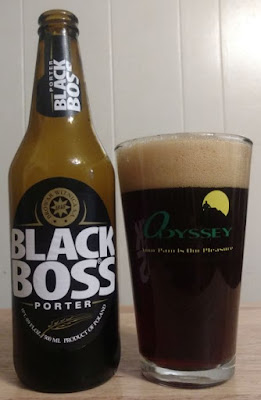 Sierra Nevada Hoppy Wheat IPA pours clear, pale yellow with a lot of head and carbonation. The aroma is really nice, a combination of lemon-zest hop tingle and rich, sweet, mellow malt. The flavor is the same, but it closes distinctly to the hoppy side, with strong citrus and a little bit of white grape character. This is pretty good. 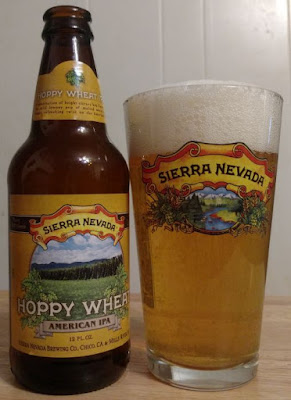 Saranac Pumpkin Ale comes in a 32 ounce mini-growler, and pours the color of iced tea with a great deal of foam. The aroma is slightly citrus with pumpkin notes. The flavor is thin and nothing special. Not awful, but not that good. An average ale with a synthetic pumpkin spice finish.

When Saranac’s S’mores Porter came out in 32 ounce growlers for five bucks, I bought one figuring that the little growler itself was worth that. I was surprised and really happy when the porter that came in that growler was delicious. I rolled the dice on the pumpkin ale in the 32 ounce jug for five bucks this time, and this time all I really got out of the deal was the neat little growler. Still, at the price, I can’t complain too much. 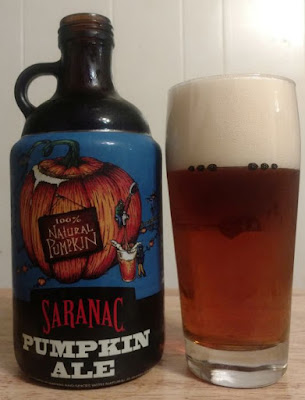 Southern Tier Back Burner Barley Wine is really good, really serious barley wine with a gigantic ABV kick. It pours dark brown with a lot of light tan colored suds. The aroma is brown sugar, sweet fruit, raisins, all the typical barley wine kind of stuff. The flavor is very strong, very rich, sweet but not too sweet, with the blackstrap molasses and boozy character fighting for domination of the finish. Just a fine beer by any standard. 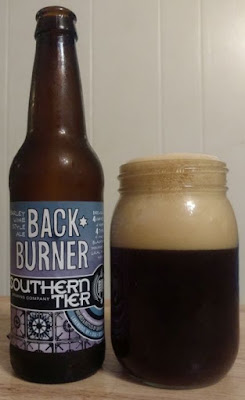 Bell's Oktoberfest is not very good, but I haven’t had many Marzens that I enjoy at all, so take my opinion with a grain of salt. If Oktoberfest is your thing, maybe you'll love this. I don't. This pours light copper colored with average head and carbonation. The usual mildly sweet malt aroma of an Oktoberfest, as you'd expect, is present. And an okay hop tingle rounds that out on the tongue. Not awful. Not worth having again. 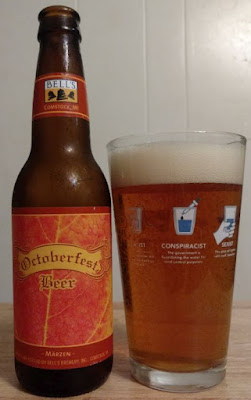 Buffalo Bill's Black Pumpkin Oatmeal Stout is not a bad beer, but it does go a little too heavy on the pumpkin spice thing. The amount of nutmeg and cinnamon is overdone to the point of an artificial level, kind of like gas station pumpkin spiced coffee. And that’s a shame, because a smooth, rich, slightly sweet oatmeal stout is one of my favorite cooler weather beers. There’s not real hint of oatmeal malt in the flavor, here, it’s just pumpkin overload. This beer pours dark brown with a little tan head, and the aroma is a slightly creamier version of the flavor. It’s too bad the flavor oversells it.

One of the reasons I enjoyed Southern Tier's Warlock Imperial Pumpkin Stout so much is that it's obvious that the beer would be just as good without a hint of pumpkin flavor. I have no way of knowing what this beer would taste like if they left out the pumpkin schtick. Pumpkin isn't a a few notes of the music here, it's just a gigantic drone. 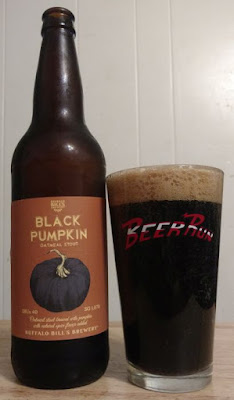