Another six, with some more autumn beer.

Last week I tried a pumpkin stout, and I really enjoyed it, which I don't say often about pumpkin beers. Flying Dog's The Fear Imperial Pumpkin Ale is what I think of as a traditional pumpkin beer ... by which I mean I don’t like it very much. This beer pours dark brown with orange highlights along the bottom and sides of the glass. The head is average, and the aroma is rich and sweet. There’s some brown sugar, ginger, cloves, the usual pumpkin beer notes. The flavor isn’t bad up front, with all of that spice being the dominant character, but the finish is awful. The alcohol is noticeable and medicinal, like cough syrup or NyQuil, and the closing quality is fishy. Literally fishy, like water that’s had frozen fish thawing in it. I will not have this again. 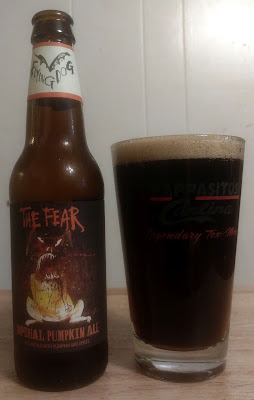 Paulaner Original Münchner Märzen is what we know in America as an Oktoberfest beer. It pours a clear, pale orange with little head. The aroma is extremely mild, but I can pick up on a little brown sugar and cereal malt. the flavor is the same. No real hop notes at all, just mild, sweet malt. Not my kind of thing. 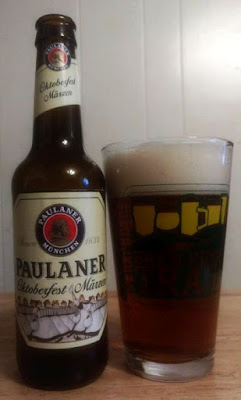 I don’t know, maybe it’s just me. These authentic German Oktoberfests generally taste the same to me. Like the previous one, Hacker-Pschorr Oktoberfest Märzen pours a fairly dull orange with average carbonation and quick-fading head. The aroma is mild, slightly sweet, slightly syrupy, maybe a little more hop character than other Oktoberfests. The flavor is more of the same but even more muted than other beers in the style. Meh. 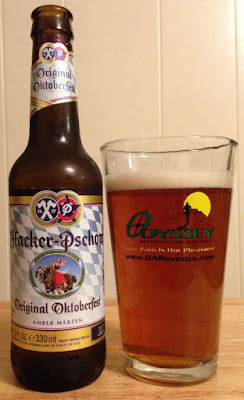 And also, too, there is Weihenstephaner Festbier, which too is an Oktoberfest beer from Germany, also. Weihenstephaner Festbier is pale yellow, average head, faint fruity and yeasty esters, a tiny bit of hop tingle on the finish. Also, it annoys me that these German beers are bottled in the metric system and translate to 11.2 ounces instead of the 12 ounces I am used to as a by-God ’Merican. If I’m gonna drink a beer I don’t really enjoy, I want there to be a lot of it. 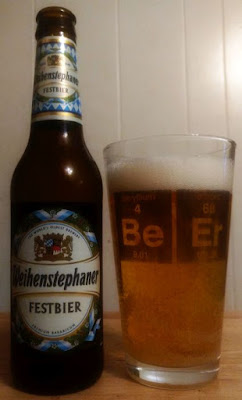 I feel mislead by the name of Firestone Walker Oaktoberfest, especially with regard to the way the word OAK is prominently displayed on the can. Oak aging? Nope, as it turns out. Which might not have worked for the style anyway. Rather than an indication of oak aging, this beer is named OAKtoberfest for the name of the town where the brewery originated. Look, oak aged beers are an important subset of craft brewing, and many of us are drawn to them magnetically because of the rich, boozy character that oak aging provides. Firestone Walker should know better than this kind of deceptive branding.

So, this beer pours clear yellow/orange with a lot of crackly head. The aroma is mild, lemony citrus. The flavor is mild, like most oktoberfests. A slightly sweet, cracker/pretzel malt character finishes with grassy hops. Not awful. Not very good, either, as I find typical of the style. And I'd deduct overall points for the misleading name. 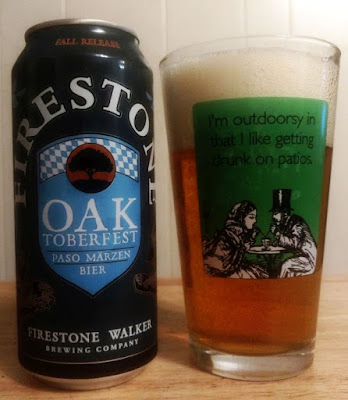 I didn't expect much from the new Lagunitas pale ale, which is out in cans in twelve-pack boxes. This beer pours very bright, clear yellow with average head and a lot of carbonation. The smell is sweet citrus, meringue, just a tiny bit of spice. The flavor is juicy, bright, and a little bitter. The finish is rich and smooth. I actually enjoyed this beer quite a lot, and I should not have prejudged it because of the packaging. I will probably buy it again. 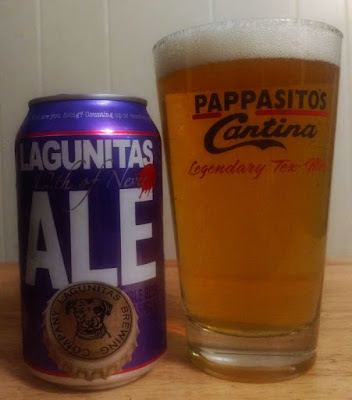