Another six-pack review, including an autumn classic. I was surprised to realize that I'd never reviewed Pumpking before. It's just as well, I think I'm probably better able to review it more objectively now than ever before. So, let's get to it.

After trying and enjoying Southern Tier's Warlock Imperial Stout with Pumpkin, I thought it possible that my palate is changing and maybe I’ll enjoy Pumking more now. I checked for my review at ratebeer.com and I was surprised to see that I’d never posted a review of Pumpking when I first tried it five or more years ago. To be honest, I haven’t tasted it subsequently since then. I remember that when I first got into craft beer I was primarily interested in stouts, particularly barrel aged ones, and I wasn't impressed by Pumpking back then. It's certainly a popular beer, though, so I decided to get a bottle this week.

You know how it's possible to enjoy the Grateful Dead and still hate Deadheads? I guess that's kind of what is going on, here. The popularity of Pumpking has played a big part in the glut of mediocre pumpkin beers that squander precious shelf space every fall. Having said that, yeah... I liked this bottle of beer.

Pumpking pours amber with average head and carbonation, the aroma is pumpkin spice and rich, sweet malt. The flavor is malty, rich, and warm. The pumpkin and spices are all over the finish, but the warm and only slightly sweet malt is the dominant character. Hell, I enjoyed every sip of this bottle. And, why wouldn't I? I love pumpkin pie, I have nothing against pumpkin in general, and the occasional malt bomb is a nice change of pace from IPA. If I am objective, and I'm trying hard to be, I have to say that this is a good beer. I could drink this once a year.

Yes the pumpkin beer hype is annoying. Yes, the pumpkin beer backlash is just another trend. And, yes, my own bias against pumpkin beer might be a contrivance. I'm not above picking sides for the sake of not having to think too much about an issue. But if I just write honestly about whether or not I enjoyed this bottle of beer, I have to say I enjoyed it. Pumpking deserves to be the big boy among pumpkin beers. It's pretty damn good. 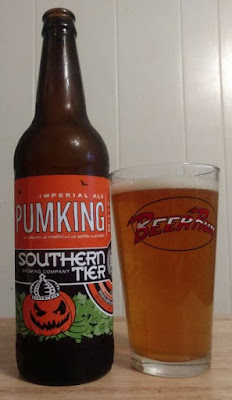 It’s hard for me to drink a beer like Abita's Bourbon Barrel Rye without thinking about Oak Aged Arrogant Bastard, a beer I love. This beer is sweeter, milder, and less demanding than Oaked Bastard, but it isn’t bad. It pours foggy orange with a lot of head. The aroma does have that sweet-spice rye kick. There's vanilla and butterscotch and heat, fairly typical rye notes. The flavor is pretty good up front, but it closes without much clamor. The finish is sweet and thin, if not quite watery. Again, not bad. I won't buy it again, but I wouldn't turn down a freebie. 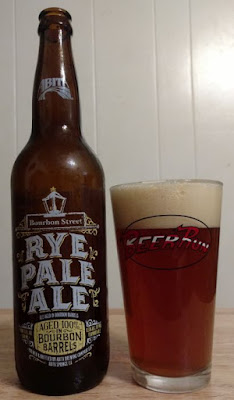 AleSmith Double IPA is a tasty, dank, west-coast style IPA that I really enjoyed. There's nothing surprising going on here, but if you like the style, that's fine. This DIPA pours hazy yellow with head that hangs around for a while and a lot of carbonation. It has that classic big-hop stank all over it, with a little bit of buttery malt, and the flavor is that in spades. Plus, some sweet fruity notes, peaches, maybe mango too. The carbonation dominates the mouth feel, which doesn’t bother me. Alesmith Double IPA is a gulper. I dig it. 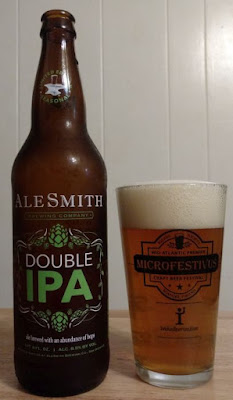 On the other hand, I have nothing good to say about O'Connor's Norfolk Canyon Pale Ale. It pours hazy yellow with a lot of foam. The aroma is mild, just a slight bit of lemon hops. The flavor is water. I mean, maybe a slight bit of weak hoppy something in the finish. But mostly water. Watered down water. I didn’t finish this. I dumped about half of it down the sink. I haven’t dumped out a beer in a long time, but I wasn’t going to waste my beer calories on this. This is piss. 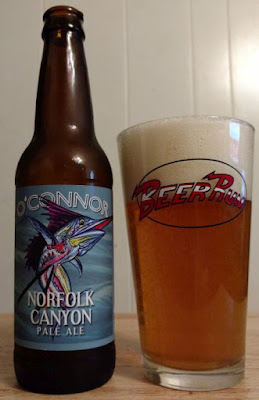 Old ale is a beer style that I don't get to try new examples of very frequently. It might not be a very popular style, and I suppose that's understandable as craft beer becomes more and more dominated by fruit beers and chocolaty concoctions. There seems to be a fair amount of variation within this style as well, with a a range of difference between some of the examples I love the most. Great Divide's Hibernation, for instance, is spicy and sweet... at least when compared to Founder's Curmudgeon and it's malty, boozy character.

This particular old ale, Adroit Theory's Love Of The Damned, is closer to Curmudgeon, and reminds me of North Coast's Old Stock. It has a musky malt and honey character that's right in my wheelhouse. This beer pours dark golden brown with average head. The aroma and flavor are all about sweet roasted nuts, a little grass, and honey/caramel richness. The finish is a little bit boozy. I like this quite a bit. 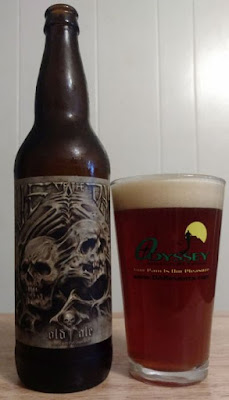 It took an unreasonably long time for Stone's annual anniversary IPA to find it's way to my area this year. But it's' finally here, and I've had it a few times this week. I’ve tasted Citracado both on tap, and from the bottle, and it’s notably better on tap. Sure, all beer is better on tap, right? But it's really worth mentioning in this instance. The difference is substantial. Citracado pours bright, clear orange with a lot of head. The aroma is typical Stone west coast style IPA, big and dense and bitter, and cranked up (as usual) for an anniversary release. On tap this thing is really dank up front, strong and pungent, and closes with a tangy sweetness that really sets it off well. That close is more subdued from the bottle, and it’s overall dryer and just not as juicy. Either way, it’s more or less what I expected from a Stone anniversary IPA. Which is to say it’s better than most other IPAs regardless of how you pour it. I don’t think I like it quite as much as last year’s Thunderstruck, but I certainly can’t call it a disappointment. No, Stone is not reinventing the wheel, here, but they don't have to. Stone doesn't owe us a damn thing. 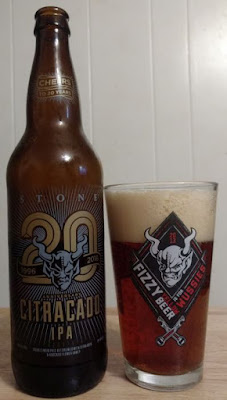