Sixpack of reviews, the first half being IPAs from The Veil Brewing Co. in Richmond.

A friend returned from Richmond with three IPA's from The Veil Brewing Co. for me to try, and this brewery officially has my attention. Hell, after thoroughly enjoying all three of these beers, I'd go so far as to say I'm a new fan.

Master Master Shredder Shredder is a doubly dry-hopped version of The Veil's flagship IPA, and it's delicious. This is a very bitter, aggressive IPA that is as big and bold as many double IPAs. I absolutely love it when a brewery's lower ABV, "single" IPAs are still hop-forward and defiant, and this one fits the bill. This is not a "session" beer. Not even close. This beer does not give a damn if you have delicate sensibilities. It pours a cloudy tan/yellow with a lot of foam. The aroma is bright citrus and hay and the flavor is dank and dry. There’s a little bit of alcohol vapor on the finish, which surprised me for a relatively low 5.5% ABV. 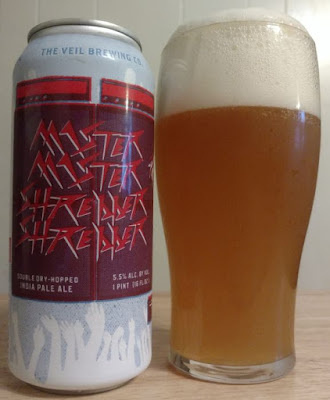 The first thing I noticed about The Veil's Step Dad Chaperone was it's qualities that are distinct from many double IPAs. The mosaic hops are a big presence, but they’re smooth and do not drown out the rich malt. There are mellow, caramel notes throughout, and a finish that's floral and tart. I would go out of my way to get this again, it's really good. 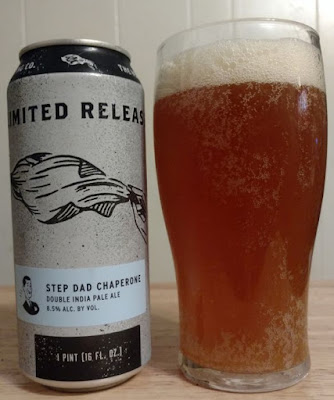 I enjoyed both of the previous IPAs from The Veil, but this one here ... this one is the prize winner. IdonteverwanttoBU pours cloudy, dark orange with average head. The aroma is super dank and juicy. It's big. It's one of those beers that invades your face. The nose fills with citrus, grassy hops, apples, some bready malt. The flavor is pungent, dank and rich, but the finish is bright. There is a little twist at the end that demands the next sip. This is the kind of beer that necessitated the invention of the growler.

Just a side-note... I got into craft beer five years ago or so. So far, in my brief history as a craft beer fan, 2016 has been the best year yet. There are so many good beers on the market right now, and the local and regional offerings are as good as anything available nationally. In Virginia alone, breweries like Apocalypse, Hardywood, South Street, Alewerks, and The Answer are turning out beers I'd serve to anyone. Now, add The Veil to that list of fine Old Dominion beer purveyors. Right now is an exciting time to be a fan of craft beer. And right here in Virginia is exactly where I want to be. 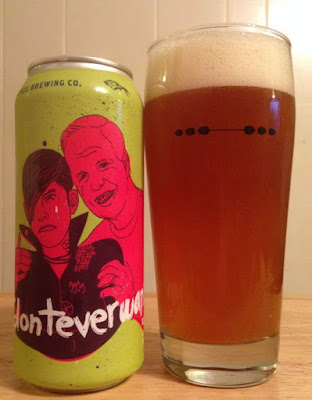 Of course, there are breweries in other states that know a thing or two about beer. Bell's, for instance. Their Oracle Double IPA doesn’t have quite the complexity or polish of some of the best extreme IPA’s... such as RuinTen or The Waldos... but I have to go to that level to find something with which I can compare this beer. I'm dumbfounded by how good this is. It pours hazy orange without much foam, the aroma is some sweet notes, honey and candied pineapple, and big, boozy, strong hops. The flavor is dense and strong and very bitter. Sledgehammer pine and citrus hops atop some caramel and a little vapor that belays the 10% ABV. Very heavy mouthfeel. I've been having to re-think my personal all-time top ten ever since Stone got serious about their malt game earlier this year. The Oracle is one more reason that my personal list of all time favorites is more unstable than ever. 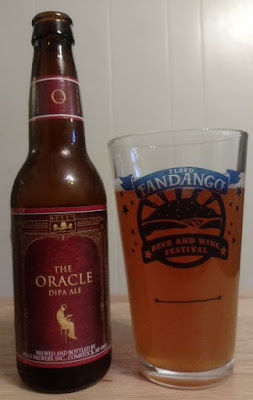 Ballast Point's Homework releases are a series of beers that come with the recipe attached to the bottle, so you can attempt to reproduce the beer at home. The only question I have after drinking the robust porter is why anyone would bother ... this beer is affordable, highly drinkable, and has nothing in the negative column. Why go to the work of reproducing it when it's so easy to buy? This porter is strong and rich and it really pops, like Ballast Point's outstanding Black Marlin (a hoppy porter). Plus, it's cheap and available in my area in grocery stores. I have no complaints. Homework Series Robust Porter pours dark brown with average head, and the aroma has a lot going on. Coffee, caramel, chocolate, citrus hops, some spice. I picked up on all of that and some brown sugar in the flavor, too. I will buy this again.

I'd been worried that the buy-out was going to amount to a net-negative for Ballast Point's products. I'm starting to think I was wrong. This beer is everything I love about this brewery. I'll be grateful when Ballast Point has a local presence. 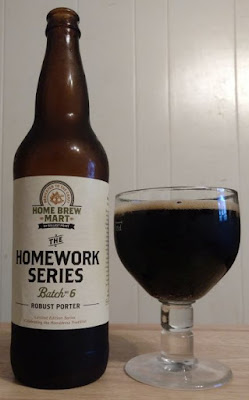 Victory's V12 is a Belgian quad, and this bottle is the second time I've tried it. The first time was four years ago, before I started this blog. The bottle I had for this review had been aged for one year. I saw when I looked back over my reviews at ratebeer.com that I had enjoyed this beer the first time I had it. I liked it even more this time. It pours dark yellow with average head, and I see from my initial review that I thought it smelled and tasted boozy the first time around. Well, beer is music for your mouth... a song changes over time, both in the way it's performed and in the way it's heard, and during this particular sampling I found V12 to be a lot less boozy and a lot sweeter. I still enjoyed it quite a bit, though. The aroma packed a lot of spice in the background, and that's a presence on the flavor, too. There is that usual bananas-and-cloves Belgian quad thing going on, but there were also citrus, tea, and cake-like qualities that I picked up on this time. This is a fine beer, and might make a great dessert to share with a couple of friends. 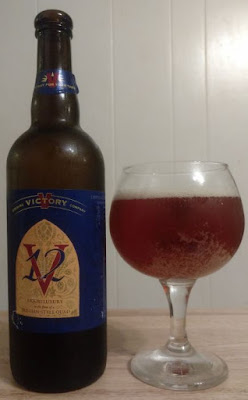