Sixer. You know how I do, boo.

That was deplorable. I will never call you boo again. Anyway, sixer.

Bells Quinannan Falls Special Lager is very light, crisp, refreshing lager that still has enough hop presence to make it worth drinking. You can actually taste it. This beer pours very bright, clear yellow with a lot of head. The aroma is hoppy and bright. The flavor is mild malt on the front of the tongue, and the finish is all about bitter dry hops. Light, but with a bite. This would make an idea lawnmower beer. It was fine. I will never drink it again. 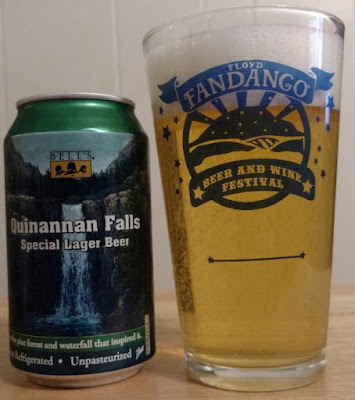 Victory Blackboard Series Berliner Weisse with Elderflower is a bit high-concept for me, but OK. I tried it not knowing what to expect, and this is one extremely tart beer. It pours cloudy yellow, the head fades quickly. The aroma is lemon and some bready, cereal malts. The flavor is extremely tart, bordering on sour, and refreshing. A lot of lemon/citrus. Goes down fast and easy without a hint of alcohol. Another good summertime beer that will never darken my fridge door again. 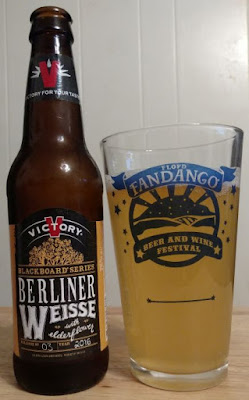 Ballast Point bills Barmy as a golden ale with apricot and honey. I haven't had much from Ballast Point with fruit mentioned on the label that I've enjoyed (Grapefruit Sculpin being the exception). And this is one more fru-fru fruity beer that falls well short of Ballast Point's superior IPAs and porters. Don't let the 12% ABV fool you, this ain't serious beer. Barmy pours bright, clear golden color with average head and a great deal of carbonation. The aroma is sweet, the honey really comes through, but should a sweetening agent be all you can pick up on in the nose? I don't think so.

The apricot is a mild note on the flavor, but I don’t know if I’d have noticed it at all if I hadn’t been looking for it. Mostly the flavor is dominated by big, boozy alcohol. Not in a good way, either. Medicinal. Others at ratebeer.com have said the alcohol is hidden in this beer, but I don’t think so at all. In fact, the alcohol was just about all I could taste.

What are you doing, Ballast Point? Stop it. Stop. No. 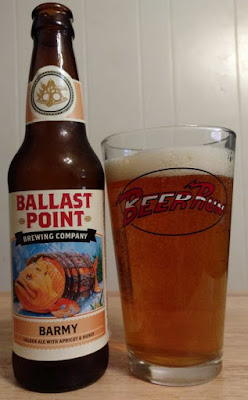 Southern Tier's 2X Tangiers is a citrus double IPA, and it's better than I thought it would be. That makes it the hit of the week. 2X Tangier isn’t a particularly unique double IPA, but it does taste good. It pours very clear, light orange in color with average head. The aroma is sweet citrus, although it is somewhat synthetic. More like citrus flavored candy than actual citrus. That’s the front of the flavor, too, but it doesn’t taste bad. Sometimes artificial candy tastes pretty good. This does taste pretty good, just slightly artificial. The finish is bitter and dry, which is nice. 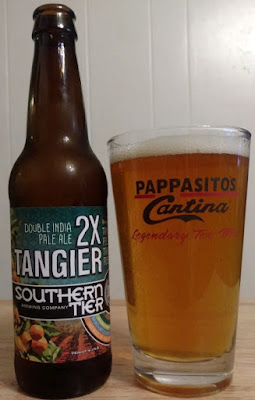 There are Belgian styles I like, and others that I don't get. I gravitate toward dubels and quads, I usually can't taste Belgian "strong" ales. Tripels do nothing for me, and saisons can just piss right off. I'm not in love with fruit beer, either. But I really like Hardywood. So, you see my quandary here, right? Hardywood has become my favorite Virginia brewery over the last two years, and I’ll try anything they release.

Having said that, this this particular beer is Hardywood kinda dicking around. Peach Tripel pours hazy yellow with a lot of head. There’s spice and some fruit juice on the aroma... not necessarily just a peach thing, though, kind of a syrupy fruit cocktail kind of thing. The flavor is basically the aroma, fruit and spice, some ginger, some allspice. There’s some alcohol on the close. Not bad. Not the roof raiser that many of Hardywood’s beers can be, but not bad. I did not resent this beer. If that sounds like faint praise, that's because faint praise is what I intend. 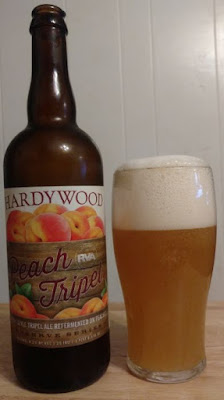 Hardywood's Barrel Series represents my favorite beers from a brewery I love. Their Bourbon Barrel Cru has been my favorite Virginia beer for two years. I've said that Hardywood could age ginger ale in a barrel and I'd probably enjoy it. That's still true... for certain values of "enjoy." For instance, Barrel Aged Vinalia Urbana, a Belgian style strong golden ale. Right off the bat, here we go with Belgian this and Belgian that again. But, sure, it's Hardywood, and it's barrels, and I want to taste it.

So, this beer pours a cloudy golden color with a lot of white foam. The aroma is typical of the style... spice, fruit, kind of a salty, doughy quality about the malt. The flavor adds a little bit of the barrel aging, but not in a big way. This one is aged in wine barrels rather than bourbon barrels, so that's part of the problem. Wine is for bitter, lonely, hostile middle-aged women and college freshmen. I can taste absolutely no oak here. There’s some vapor and more spice on the finish, and there's also a strong whiff of disappointment. There is more oak on the label than in the bottle. Quit screwing around, Hardywood.

But, yeah, it's OK. Hardywood doesn't do bad beer. Even their disappointments are worth finishing. My sink has never tasted a drop of Hardywood beer, and I don't think that's going to change. 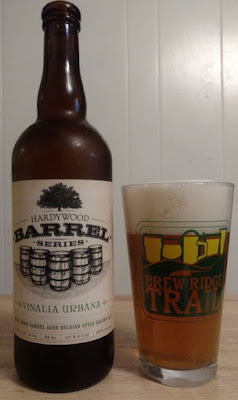