Mixed six pack of reviews, heavy on Deschutes. Now that Deschutes is planning an east coast location in my part of Virginia, their brews are showing up locally. I was glad to get to try them.

Deschutes Fresh Squeezed is a fine IPA. It pours a bright, clear amber with very little foam. The aroma is strong citrus and floral hops and those are the primary notes on the flavor. Bright, crisp, plenty bitter for a single IPA. I will buy this again. 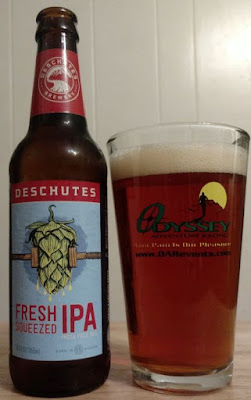 Deschutes Mirror Pond Pale Ale a very clear but deep golden color with lots of foamy head. The aroma is a buttery, warm malt covered with some floral hop notes. The flavor is a smooth, mellow malt with a mildly hop finish. Nothing really distinct from other American pale ales, but among the tasty ones for sure. 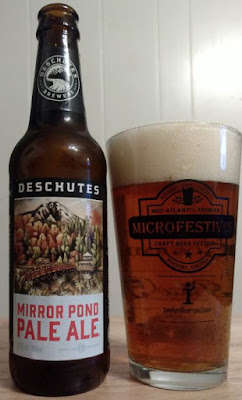 Deschutes Pinedrops is a mild, unimposing IPA that probably pairs well with food and might be a good introduction to the style. It pours pale yellow with a lot of lingering foam. The aroma is lemons, grass, a little bit of sweet malt. The flavor is the same. It doesn't taste bad, but I won't have it again. 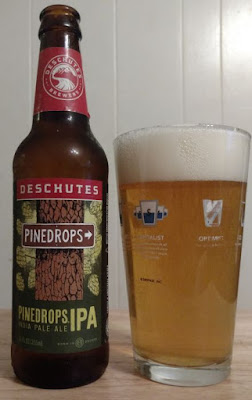 Deschutes Black Butte Porter is indistinct. I'd call it quiet, bordering on boring, and while it doesn’t taste bad, there isn’t much here to recommend. The beer is dark brown with a giant mound of foamy head that necessitates a very slow pour. The aroma is slightly bright coffee and mild caramel. There is a little hint of some kind of spice on the back of the tongue, too. Not bad, just nothing remotely special. I think a really well made porter is one of the best styles in all of craft beer. I'd hoped this would be one. 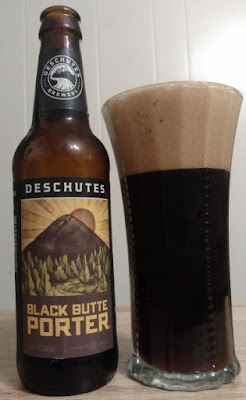 Stepping away from Deschutes, I also had two very good double IPA's this week. Troeg's Nimble Giant is one of them. This beer is very smooth and balanced double IPA. Pours hazy yellow with piles of lingering foam. The aroma is citrus, pineapple, popcorn, and that’s all on the tongue, too. The finish is at once a big hop wash and a strong, mellow malt backbone. Another fine beer from Troegs. 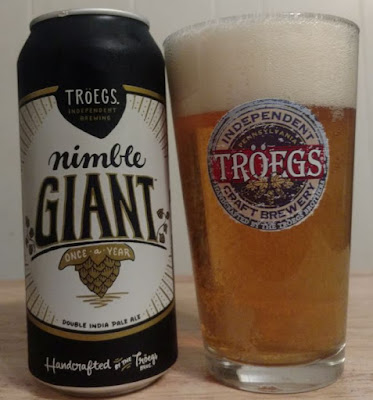 Great Lakes Lake Erie Monster is also a well balanced but complex imperial IPA It pours orange, cloudy, with average head and an aroma of caramel, booze, and big, dry, bitter hops. The flavor is sweet up front and then closes with a burst of hops and vapor on the back of the tongue. Sweet again on the drop. Really nice. 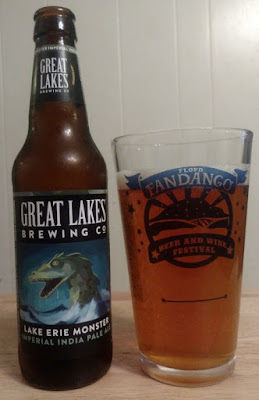