Mixed six pack of reviews, back to various breweries.

South Street's Tongue Dropper is kind of a sour/double IPA hybrid. It pours a hazy, dark orange with a thin head. The aroma is strong and kind of nasty. This beer smells like a gym sock full of dirty cat litter. The taste is better. Pine and citrus hops on the front of the tongue, followed by very mild sourness. A little dry bitterness on the exhale. 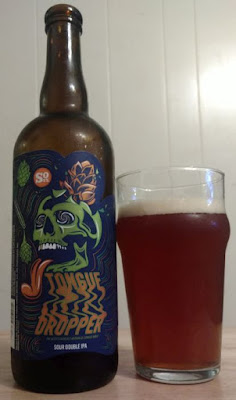 The best imperial stout I've had from Evil Twin is called Even More Jesus, which I love with all my heart. I can't resist comparing that brewery's other imperial stouts to that beer. Imperial Biscotti Break is sweeter and not as aggressive as EMJ, but it's delicious all the same. Previously I'd had the version of this beer that adds sour cherry. I like this one just as much, maybe more. This stout pours dark brown to black with a lot of tan colored head. The aroma is chocolate, nutty malt and spice, with a little bit of nutmeg and cinnamon type of character. The flavor is a strong, rich, creamy chocolate/coffee kind of thing with some kick in the finish. 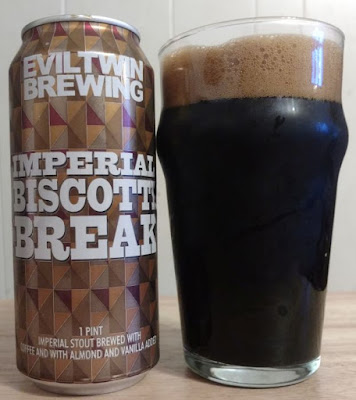 Southern Tier's Salted Caramel Imperial Stout pours very dark brown with a brief, fleeting head. The aroma is delicious. It actually smells salty, although the caramel isn’t much of a presence. There is a lot of dark chocolate and coffee and something like marshmallow on the aroma. Thankfully the flavor isn’t too sweet at all. More of that salt and chocolate on the tongue, with a huge, roasty bitterness in the finish. 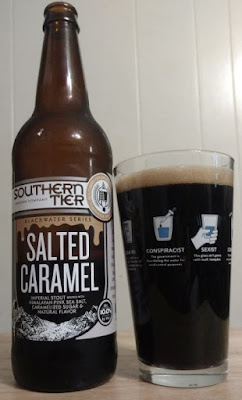 Clown Shoes Third Party Candidate is a hoppy lager. It's a decent, dry, bitter lager with a finish that combines a hoppy twist and a sweet malt. It pours clear, bright yellow with average head. The aroma is mild, but slightly sweet and fruity, a bit like a white wine. The flavor is like a lager up front, but closes dry and bitter. The slightly rich, sweet malt pervades. 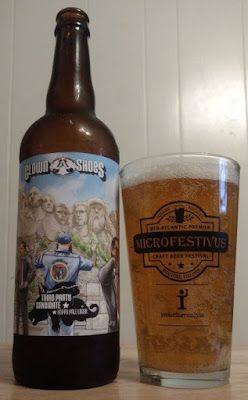 Lagunitas Aunt Sally sour ale is one of the most accessible, instantly likable sours I’ve had. It’s mild, and may be too mild for fans of the style, but it was just right for me. The beer is cloudy orange/yellow with a ton of head, the aroma is tart and fruity, like granny smith apples and slightly under-ripe citrus. The flavor is a slightly sweet malt up front with a rush of the sour character and some bitter hoppy tingle at the end. I liked this. 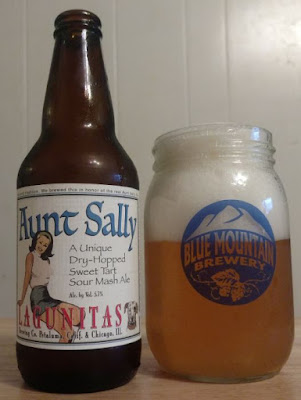 Founders bills Redankulous as an Imperial Red IPA. It pours dark amber with a fair amount of head. The aroma hits on the malt. It is sweet and slightly spicy with lots of caramel character. The flavor reminds me at turns of a Scotch ale, an American Strong Ale, and an IPA. I thought it was almost like a hopped up version of Founders Dirty Bastard, with a hop punch in the finish rather than Dirty Bastard's smooth Scotch flood. The rich, whiskey-like malt is dominated, but not erased, by the big hop finish. Complex. Tasty. This is the kind of beer that grows on me and can eventually become a favorite. If Founders keeps it on the shelves, I'll buy it again. If not, I'll buy Dirty Bastard and be just as happy. 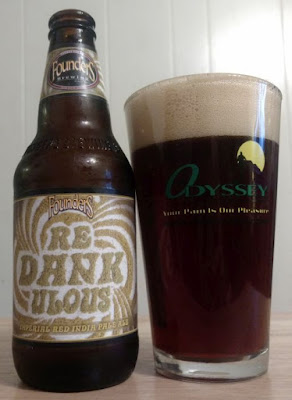