Avery's Twenty Third Anniversary Ale pours dark brown, not much foam. The aroma is kind of complex, sweet and tart at once. Roasted malt, some citrus, red wine vinegar, apples. It doesn’t taste as interesting or as strong as the aroma lead to me to expect. There’s a slightly warm malt up front and a slightly (very slightly) sour finish, but it is all very understated. My palate may just not be delicate enough to appreciate this. 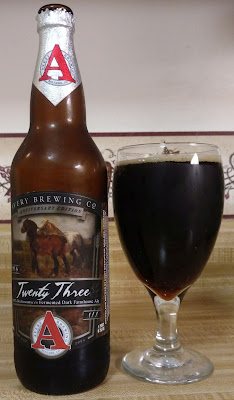 Sixpoint's Puff is an unfiltered version of Resin, their already resiny double IPA. The beer is cloudy yellow-orange with not much foam. The aroma is grapefruit and floral hops, a big pine resin thing, too. The flavor is really bitter hops through and through, with a sticky, dense mouthfeel. Some hint of the ABV comes through on the finish. Aggressive. Dank. Tasty. My palate might not be tuned precise for delicate beers, but this kind of punch-in-the-face hits me just right. 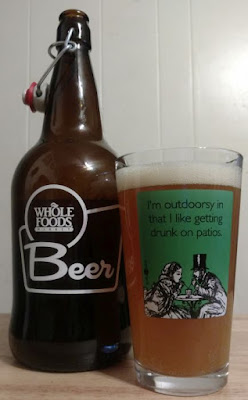 Flying Dog's Tropical Bitch is sort of an IPA/Belgian hybrid. It pours a golden/orange color with about an average amount of foam. The aroma is like a Belgian, with bananas and yeasty esters, and a little bit of grapefruit. The fruity notes from the aroma aren’t very strong on the tongue. The finish is dry, and it isn’t bad, but it isn’t anything special. 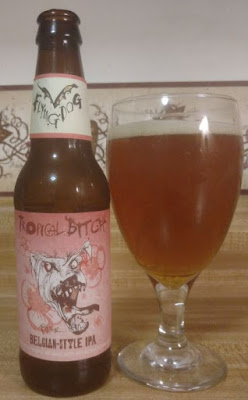 Against The Grain's brown ale is called The Brown Note. It's medium brown with average head. The aroma is sweet malt, some caramel, some cocoa, a little bit of spice. The flavor is sweet but not overly sweet. Notes of candied nuts and a little coffee, and a slightly hoppy finish. I enjoyed this beer. 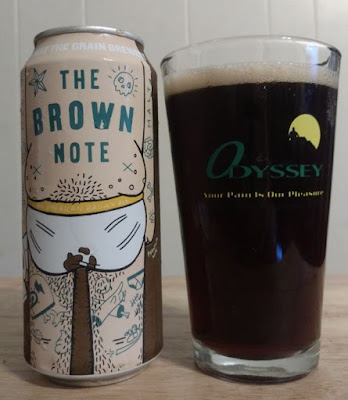 Fullsteam bills Cack-A-Lacky as a ginger pale ale. This beer is only slightly cloudy amber with average foam. I can pick up on the ginger in the aroma, but it isn’t overwhelming. I’d expected an artificial, maybe even overbearing ginger kind of thing, but it isn’t bad at all. Hell, it smells good. It doesn’t taste as good. The ginger dominates the flavor front to back, and especially gets too forward on the finish. The flavor surprised me, because it smells really good, but there's just too much ginger on the tongue. I won’t have it again. 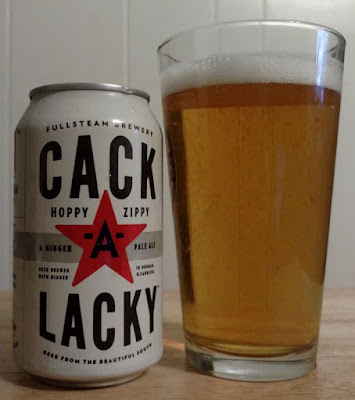 Cockadoodle Brew is a coffee ale by Parkway Brewing. It pours bright orange, with average head and carbonation. The aroma is similar to a Belgian; slightly sweet, bananas and citrus. The flavor is pretty good. I can actually taste the coffee, which I didn’t really expect. The coffee notes give the beer a slightly nutty, rich quality. Not bad. 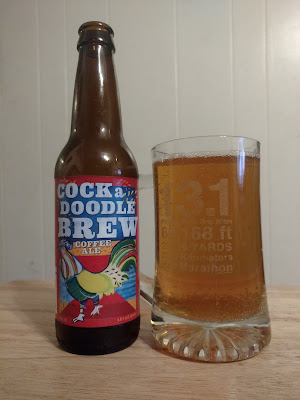