Dead Rise is a summer ale brewed by Flying Dog. It's spiced with Old Bay. I had no interest in trying this when I was accidentally served it by a waiter who misunderstood my order. I liked it enough that I finished it at the restaurant, and bought it again in a bottle to review. It is decent on tap but not as good from the bottle. It pours cloudy orange with a fair amount of foam, and the old bay is present on the aroma. I remember a fresh, lemony finish on the flavor on tap that isn’t really there fro the bottle. From the bottle the Old Bay is stronger, but really comes off as an indistinct pepper/spice quality. 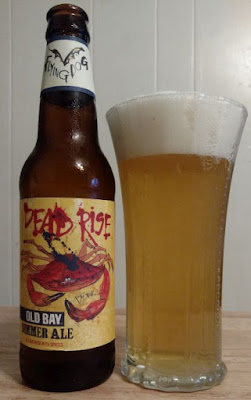 The Truth is Flying Dog's imperial IPA. It pours very clear amber with average carbonation and lots of foam. The aroma is pungent, dank hops and rich notes like buttered popcorn. The flavor is very strong, dank, and bitter. Slightly warm malt up front, finishing with a huge, sticky rush of hops. A little alcohol vapor at the end. Delicious. 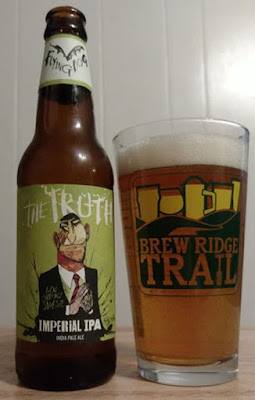 Total Domination is an IPA by Ninkasi Brewing. This beer is a cloudy orange without much head. The aroma is citrus, a little bit of popcorn, some floral notes. The flavor is a little too acerbic. Bitter, but in a vaguely metallic way. Got a little better as it warmed. 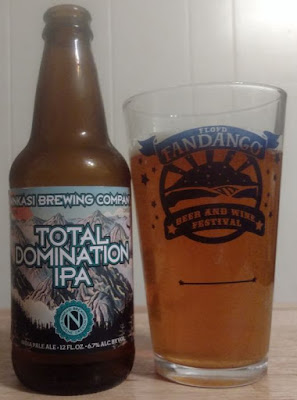 Stone's Mocha IPA isn’t the best thing I’ve had from Stone, but it’s OK. It pours very clear, dark orange. The foam is average. The aroma is caramel, sweet potatoes, honey, citrus. The flavor is rich and creamy and chocolaty up front, kinda like a Three Musketeers bar. The finish is slightly bitter hops with a little bit of bite. 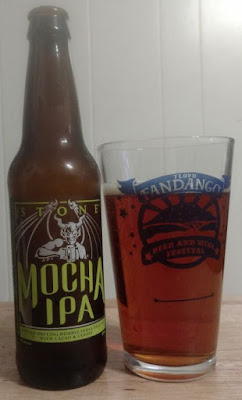 Odis, by O'Connor Brewing is a dry Irish stout. It isn’t terrible. It’s OK. It pours chocolate brown, the average head leaves a lot of lace. The aroma is a little bit of spice, cloves, a caramel/chocolate malt in the background. The flavor is mild. A bit of coffee on the close. Watery mouthfeel. I’ve had far worse beer than this. 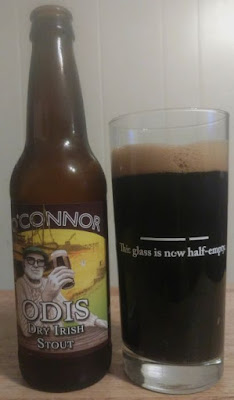 Left Hand Brewing Company's Sawtooth Nitro pours dark amber with little foam. The aroma is a very, very, very mild. I honestly can’t come up with anything to say about the aroma. The flavor is mild, too. Like a very heavily diluted English bitter. Creamy mouthfeel. Meh.