Troegs Jovial is a little bit plain for a dubbel, dubbels being my favorite Abbey style. This beer pours a medium brown with huge foam that leaves lots of lace. The aroma is apples, spices, caramel malt, and the usual yeasty Belgian thing. Those notes hit the front of the tongue, but the finish is pretty thin. 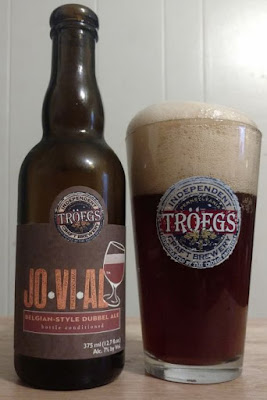 Troegs LaGrave pours very cloudy, peach/yellow with a lot of foam. This beer smells like a tripel ought to smell; pears, bananas, strong yeast, herbs, grass. The flavor is slightly boozy and smooth, but a little medicinal on the finish. Not my favorite Abbey tripel. 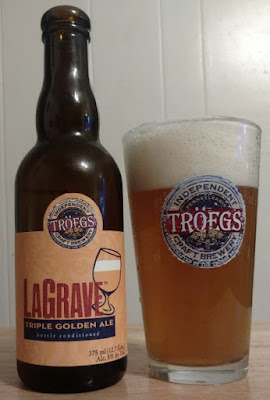 I don't know why Green Flash (a great brewery) brewed something as pointless as Sea To Sea Lager. This beer pours clear yellow, lots of foam, average carbonation. The aroma is mild cereal malt. The flavor is mild, clean, just an insinuation of hops on the finish. It doesn’t taste bad, but if it did taste bad, I guess at least it would taste like something. 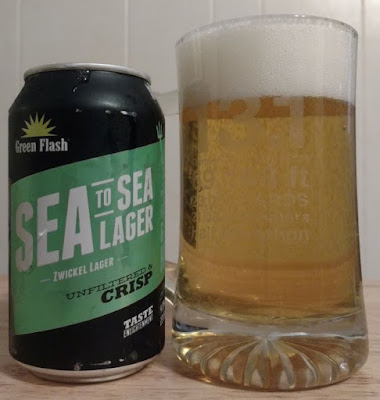 Narragansett Lager Beer kinda sucks. On the up side, I guess it would keep you from dying of thirst for a few minutes, because basically, this is water. It doesn’t have a bad taste, or a bad aroma. It just doesn’t have any taste or aroma. It makes me realize I was probably too hard on that Green Flash lager above. This pours very bright yellow with a loud, crackly head and lots of carbonation. It doesn't smell like anything. It doesn't taste like anything. Literally. It smells and tastes like nothing. 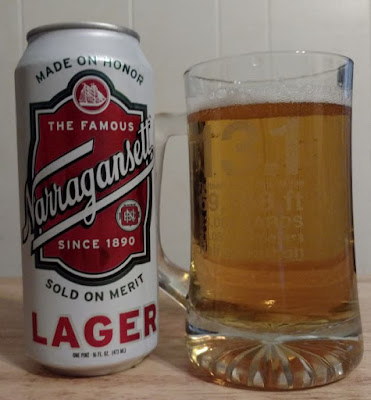 Sho Nuff is a Belgian by Against The Grain Brewery. This beer is the weakest thing I’ve had from these guys. I've enjoyed their other beers, but this one is bland. It isn’t completely awful, but it really isn’t very good. It pours amber color with average head. The aroma is mild malt and vegetables. Cabbage or something. The flavor is watery and then up front and closes with another note of that vegetable thing. Peas or cabbage or whatever. Just, I mean ... damn. What is this? 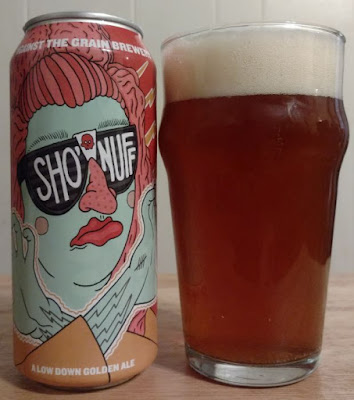 Rapadou is an imperial Porter by Alewerks. It pours very dark brown without much foam. The unrefined Haitian sugar is strong on the presence, and has a caramel/molasses quality. It’s there on the flavor, too, along with really rich, dark malts. Pecan and brown sugar notes, a little bit of cloves. Really very good. Rich, full, complex. A big, rewarding beer. Thank you, Alewerks. Thank you. 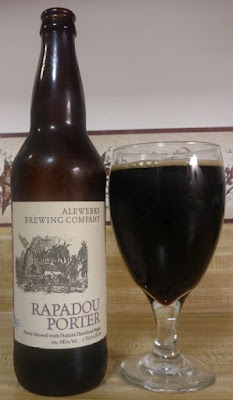