This is a mixed (sort of) six pack of beer reviews, the Sierra Nevada 2016 Beer Camp edition. Each of these beers is brewed as a colaboration between Sierra Nevada and a number of other breweries. The breweries are identified on each label, and it's too convoluted to list them all here. It really seems more like an advertising thing than anything else (When five or six breweries "collaborate" on a beer, a couple of them cannot have done anything more than agree with the others.)

Anyway, I picked these up in a twelve-pack with two of each of the six beers. In this set of reviews I start with my favorite and list them in order, finishing with the one I liked the least.

Stout Of The Union is a stout that pours black with a thin, brief head. The aroma is like strong, black coffee and chicory and very darkly roasted malt. The flavor is the aroma, squared. Very bitter, black malt character, very strong coffee notes... it’s all about the roast. The hops are there on the finish, but this beer isn’t about hops. This is a really tasty stout. 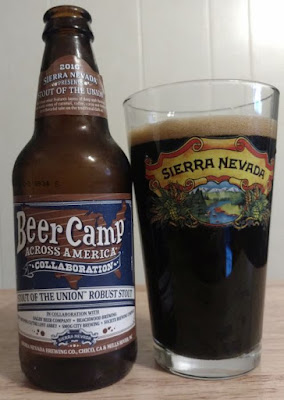 Moxee-Moron is labeled as an "imperial session IPA." It's more like a regular IPA in terms of ABV (7.5%) and IBUs (70), and I guess the point of the branding is to poke fun at the over-use of certain words in the craft industry. This beer pours clear, bright orange with average foam and carbonation. The aroma is dominated by a sweet, citrus quality. The flavor is stronger, dryer, and far more bitter than the aroma indicates. There’s a blast of alcohol vapor in the finish. This is a serious beer, more imperial than session in my opinion, and I like it a lot. 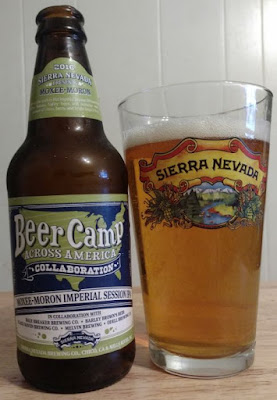 I really didn’t know what to expect from West Latitude Session Rye. This beer combines one of my favorite words you can put on a beer label (rye) with the absolute worst word you can put on a beer label (session). It pours a cloudy, caramel brown with a tremendous amount of head. The aroma is very mild, but there are some notes of grassy hops, rye, and spice. The flavor is really understated, but it isn’t bad. It isn’t quite enough, but it’s hard to complain. I does taste good. There is some rye, a little bit of cinnamon and a mild hop tingle at the end. I think this is actually the most I’ve ever enjoyed a beer with the "s" word in the name. 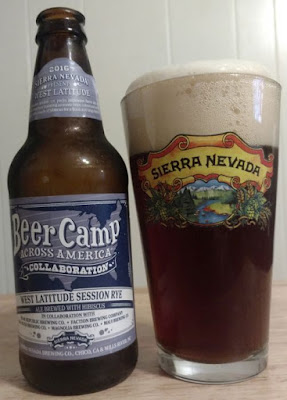 Sweet Sunny South is a saison that pours cloudy orange with average carbonation and head. The aroma is yeasty and malty, with lemon and citrus qualities. The flavor is tangy and sweet, with tangerine and floral notes. I'm not a huge fan of the style, but this one has a little more citrus bite than other saisons. It's not bad. 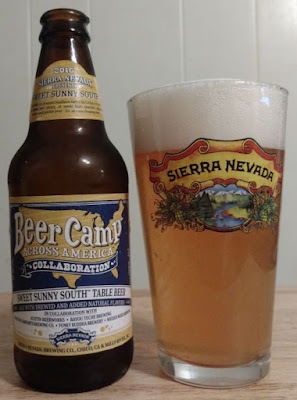 Family Values Imperial Brown Ale was the biggest disappointment of this set for me, mostly because I've had some damn good brown ales lately and wanted this to be one more. But this beer is nothing special. Family Values pours dark brown with basically no head, and the aroma is sweet and rich. Notes of caramel and almonds and a little nutmeg. The flavor is really sweet. It’s too sweet for me. Honey and caramel notes are strong, and a molasses quality that hides any cocoa presence. The finish is very sugary. The 8.5% ABV is buried under all the sweetness. 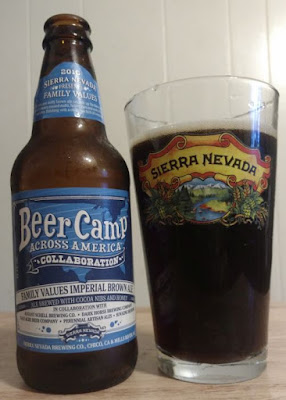 Pat-Rye-Ot is a pale ale, and it's boring as hell. This beer pours cloudy yellow with a lot of head. Enough head to be annoying, it took too long to get the bottle poured. The aroma is more or less like a mild IPA. A little bit of floral hop quality, but not much to speak of. The flavor is dry and a little astringent. There’s just nothing going on here. 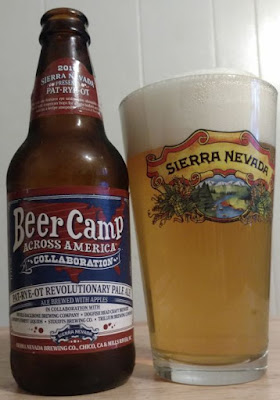