Greenbrier Brewery's Wild Trail Pale Ale is a surprising, tasty pale ale with more hop punch than many examples of the style. It pours a dark, cloudy yellow with average head and carbonation. The aroma is buttery malt, a little bit of honey, and strong, grassy hops. The flavor starts out a little thin but closes with a lot of kick. By the end of the glass I was really enjoying this beer. But this isn't a mislabeled IPA, this is a true pale ale. It's just a pale ale that ain't scared of hops. 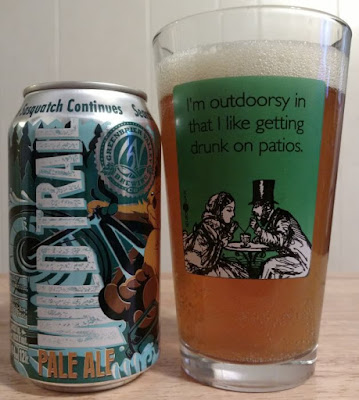 Greenbrier's Mothman Black IPA pours dark brown with an extreme amount of head. I had to tip up the can three times to finally get it all poured through the foam, which I found slightly annoying. Granted, that might be on me. Anyway, I liked Mothman, once I was able to sip it through the suds. The aroma is bitter malt, charcoal, some citrus. The flavor is milder than the aroma implies, but it’s still good. Pine and burnt malt on the finish. This won't replace Wookey Jack as my go-to black IPA of choice. But if you were to offer me another can of this, I'd be obliged. 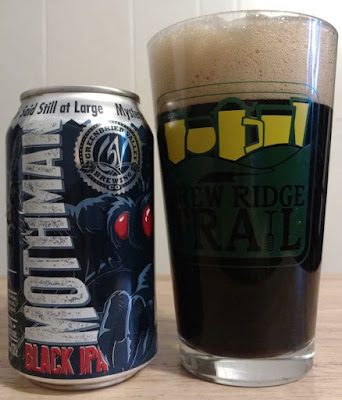 One more pretty damn good beer from Greenbrier. Devil Anse IPA pours cloudy yellow, average foam. The aroma is sweet citrus, tangerines and floral hops. The sweetness disappears in the flavor, there’s just a very clean, bitter hop burn and a mellow malt. I liked this. This brewery, just across the state line, is now my closest indie brewery (ever since the devil bought Devil's Backbone*). I'll proudly give Greenbrier my business when I see their products on shelves. I hope they can work out the P's and Q's of distribution in Virginia. 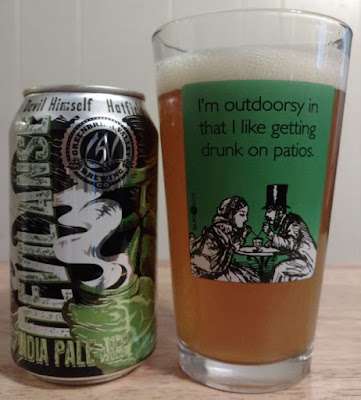 Goodwood is the current name of the former Bluegrass Brewing Company in Louisville, Kentucky. Judging by the name of the brewery, and by the branding on their labels, they're all about wood aging. I love wood aged beer, so I was happy to try a couple of Goodwood's brews. First up was Louisville Lager, their lager aged on ash. I guess it's not horrible, but I won’t be having it again. It pours bright yellow, lots of foam. The aroma is cereal malt, corn, a little hint of the wood aging (Drink a Coors and lick a baseball bat and you can probably replicate this experience). The flavor adds tiny hint of citrus hop on the thin, watery finish. Meh. 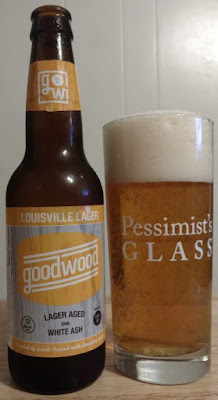 Next up is Goodwood's Bourbon Barrel Aged Stout. Bourbon barrel aging is my favorite thing; you could age a cat turd on oak and I'd be willing to give it a try. And that cat turd would probably be about as interesting as this particular stout. This beer pours dark brown with a small, brief head. The aroma has something that’s not quite right, like boiled carrots or something. There is also a little bit of dark malt and coffee, but mostly that odd vegetable thing (Has Goodwood figured out a way to malt carrots?) The taste is slightly better, I suppose, if only because you can hold your nose and drink it. There is a little bitter chocolate, but no indication of oak aging. The mouthfeel is very thin. I will not buy this again. I will not buy Goodwood beer in general again. Based on the two bottles reviewed here, I'm just kinda embarrassed for the brewery. Trader Joe's sells much better beer than this, and for a hell of a lot less money. Jeez. 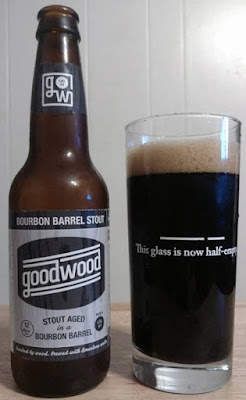 Charlottesville, Virginia's South Street Brewery is a solid brewery. Their taphouse in C'ville is a good place to go for a pretty good meal and some decent suds. South Street's Hop Grove is a dry, strong imperial IPA with a musky, slightly dank citrus character. It pours slightly cloudy orange with a thin head. The aroma is pine, reefer, and grapefruit. The character hits with some juicy notes on the finish, and a blast of alcohol at the exhale. Big beer. I like it. 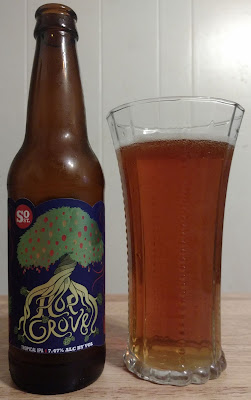 *If I'm honest, I never liked Devil's Backbone very much, and I'm pretty indifferent about the AB-InBev acquisition. Devil's Backbone only ever brewed one beer that impressed me, and it's not a year-round offering. So, who cares.
at 8:51 PM