A set of six beer reviews.

Weyerbacher's Blasphemy is a barrel aged quad. It's kind of heavy handed, it plays all it’s cards right up front. People who don’t love bourbon barrel aging might get tired of it before the bottle is empty, but I’m a sucker for oak. This beer pours medium brown with average head and carbonation. The aroma is vanilla, bananas, liquor, warm malt, and, of course, oak. That’s the flavor, too. Nothing subtle and not really complex. Having said that, I enjoyed every predictable drop. 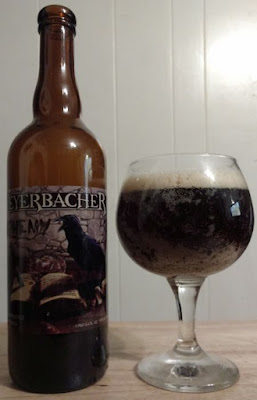 I'm not nuts about kolsch style beer, but Great Lakes Lawn Seat Kolsch is alright. It's bright, clear yellow with a fair amount of foamy head and carbonation. The aroma is grassy hops, and malt that has popcorn/cereal qualities. The flavor is rich and malty. Thin, crisp mouth-feel. Not bad. 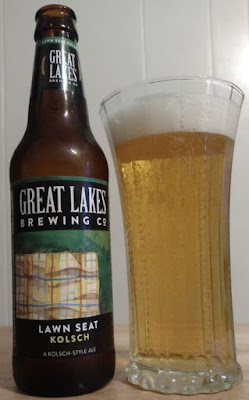 Hardywood turns out great malt-forward beers... their barley wines, quads and stouts are damn near perfect, and I don’t know another brewery that consistently nails barrel aging as well as Hardywood does. I’ve enjoyed their IPAs, too, but they don’t knock my socks off the way their malty beers do. Hoplar IPA is an example of a fine Hardywood IPA that only suffers from comparison to the brewery’s maltier lineup. This beer pours copper color with an average head. Citrus and floral hops on the nose (and all over the tongue, too) are backed up by a slightly buttery malt. It tastes good and is entirely enjoyable, and it’s a huge testament to Hardywood that that’s not enough for me anymore. But there is nothing wrong with this beer. 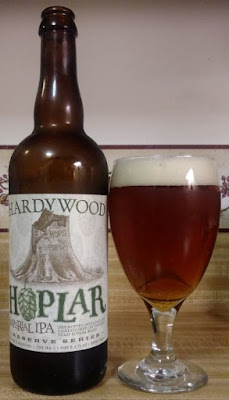 OK, let me make sure I get the numbers right. This porter is Stone's observation of their twentieth anniversary by re-brewing the porter they first brewed to mark their sixth anniversary. Got it? Good. Because, great God, this thing is a beast. This and the recent re-release of the Bitter Chocolate Oatmeal Stout really take Stone’s malt game to a new level. This beer pours jet back with little head, and the aroma is very strong, bitter malt and more very strong, bitter malt. The flavor adds a little bit of dark chocolate and boozy notes, but this thing never gets sweet and never even implies sweetness. Just sledgehammer roasted malt character that never wears out or backs down. I love Stone for stuff like this. 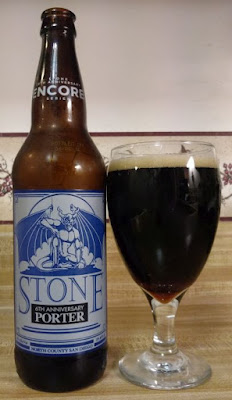 I wanted to like Fullsteam's Coffee Is For Closers porter as soon as I noted its name, which is a reference to one of my favorite movies. Thankfully, there is more to like about this beer than than David Mamet trivia. Coffee Is For Closers pours dark black, the foam fades to a thin lace. The aroma is strong coffee, a little bit of chocolate, and a warm malt. The flavor is sweet and rich. The strong coffee finish is really nice. Mouthfeel is a little thin but that doesn’t detract from my enjoyment at all. 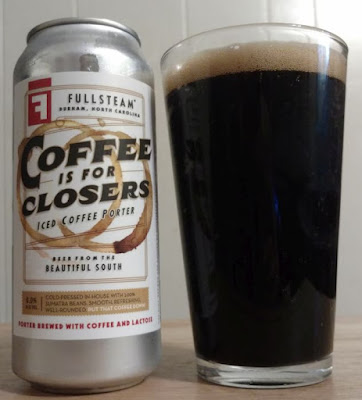 After I had my first bottle of Lagunitas 2016 Waldos, I sat there on the couch contemplating the empty bottle and thinking that maybe I'd just had the best beer I've ever had in my life. Several days, and several bottles later, and it's just undeniable. This particular batch of this particular beer has probably displaced Stone's RuinTen as my favorite beer ever, if only because it's every bit as good as RuinTen and is available in twelve ounce bottles (RuinTen is only available in 22 ounce bottles on an unofficial annual basis). For me to describe a beer as a RuinTen clone is something I mean as a huge, huge compliment. But this beer is arguably better. It actually ups the ABV to 11.5% without sacrificing drinkability and without drifting into the 120 Minute novelty-beer kind of category. The 2016 version of Waldos is a hop steamroller, and it's a beer I will spend the rest of this spring trying to buy up on the east coast.

Waldos pours a very hazy golden color. The head fades to a reluctant rim ring. The aroma is warm, citrus hops and strong, boozy malt. Like a good rye whiskey, this beer unapologetically invades your nose. The flavor is a combination of grapefruit juice, booze, beer, and thick, dank, oily hop aggression. On the exhale there is this burst of ABV vapor that seems like it ought to be something you can actually see. But it isn't medicinal. It isn't overdone, and it never gets old. I'd have gladly opened the next bottle after finishing any one of these, but I'm trying to ration them out. I don't know how much of this I'll be able to find.

Lagunitas 2016 Waldos is something special. It's the best beer I've had in at least three years, and it isn't one I'm going to forget. It might be the best thing I've ever tasted. 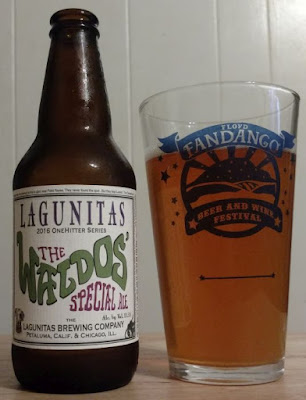