Maine Beer Company's King Titus is a fantastic porter, one of the best ones I’ve had in quite a while. It says something about the Maine Beer Company’s ability to understate that they aren’t billing this as an "imperial" porter. "Imperial" gets tossed around rather loosely these days, and sometimes it isn't justified by ABV, IBU, or overall palate presence. Maybe the Maine Beer Company realizes that the word is becoming meaningless. They don't call this beer an "imperial," but it is absolutely fit for a king.

King Titus porter pours black with a head that leave spotty lace. The aroma is licorice, some chocolate, dark roasted coffee, and some hop tingle. The flavor is strong, bitter, deep roasted malt and a little hint of citrus hop on the finish. Mouthfeel is somewhat thick, the 7.5% ABV is an appropriately noticeable presence. I’d buy this all the time if I lived in the right part of the country. 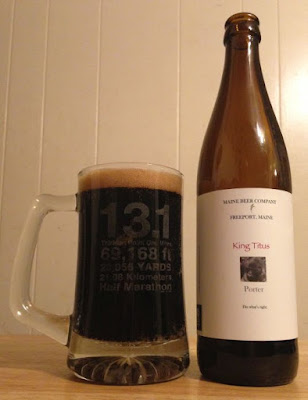 Maine Beer Company's pale ale, called MO, pours a cloudy orange/yellow with average head. Fruit and warm, sweet malts on the aroma. Bananas, bread, some citrus. The flavor is much more to the bitter side, with a pine-resin-floral hop punch and a very dry finish. Incredibly well balanced beer. Very complex take on the style. Quite nice. 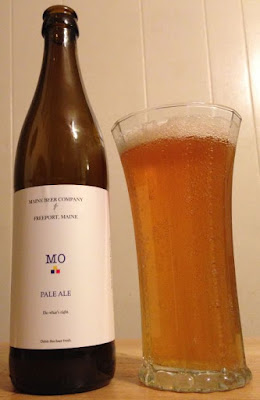 Great Lakes is a brewery that often surprises me with beer that is far better than their average price range would indicate. Even when one of their beers isn't special, it's still pretty good. For instance, Alberta Clipper, a porter. This isn’t as good as Great Lakes Edmund Fitzgerald porter, but it isn’t bad. It pours the same dark brown as that other porter, but there isn’t much head. The aroma is slight, I don’t smell much. Just a little coffee and mild citrus. The flavor lacks the slightly smokey malt quality I associate with my favorite porter malts. There’s some hoppiness on the swallow, but a watery finish. I won't buy it again, mostly because this same brewery makes far superior porter. 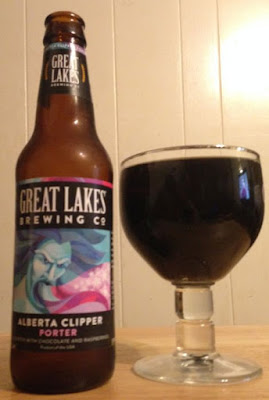 Alpine Beer Company's Pure Hoppiness is a double IPA. It pours a clear, dark orange with very little head. Aroma of sweet citrus, pineapple syrup, some spice. The flavor is really nice. Buttery, dense malt, and a really big citrus hop finish. I cannot detect the 8% ABV. Leans to the sweet side for a double IPA, but doesn’t sacrifice any hop burn for it. 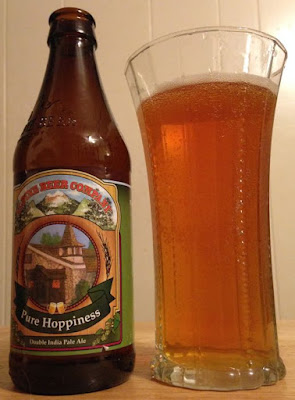 Richmond Virginia's The Answer brewpub is turning out some solid IPA, I can tell you that much for sure. I've now had, and enjoyed, two of their India Pale Ales. This one is called Larceny. It pours a very pale yellow with average, splotchy head. The aroma is big, tangy citrus. Gigantic grapefruit and pine on the flavor. Very wet and bitter, really pungent finish, something like spearmint on the aftertaste. This is a strongly hop-forward IPA, which is what an IPA should be. Well done. 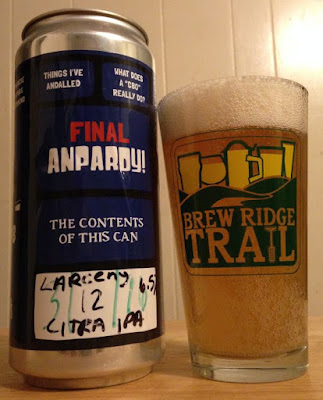 Hardywood's Bourbon Barrel Sidamo is a coffee stout that pours pitch black with a thin, tan head. The aroma is a blast of bourbon, vanilla, coffee, chocolate, and caramel. The flavor adds buttery toffee notes and the crisp, almost lemon quality of Ethiopian coffee on the finish. A lot of people are tired of the bourbon barrel aging thing, and I get that. It's been done to death over the last five years. But some of us never get sick of it, and I fall in that category. If barrel aging is done right, it adds a strong, unmistakable character that does not dominate the original brew's aroma or flavor. The whole buttery, vanilla-and-fire bourbon quality of a well-done bourbon barrel aged beer just never disappoints me. Hardywood has the barrel aging thing down pat. If you like barrel aged beer, you really cannot go wrong with anything in this brewery's Barrel Series. Sidamo is the taste of a virtuoso brewery playing music they've mastered. 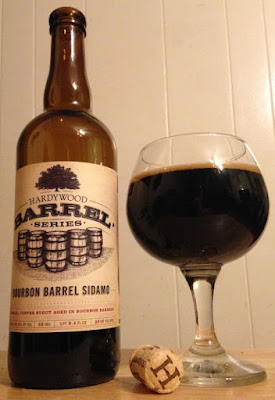