Another set of six.

Brothers Craft Brewing, a Harrisonburg brewery, offers a few beers exclusively to members of the brewery's Horizon Society. I'm not a member of Horizon Society, but a friend is, and he got me a bottle of Brother's mint chocolate variant of Great Debate. This is an imperial milk stout available exclusively to Soceity members. I've not been crazy about stouts with ancillary mint flavors, but this one is actually very good. The mint doesn't dominate the flavor, it shows up on the back of the tongue rather than overpowering the beer. This stout pours dark chocolate brown with a thin, tan head. The aroma is primarily chocolate and warm malt. The flavor is more of that chocolate malt, with the mint sneaking in on the finish. I didn't enjoy the peppermint variant of Ballast Point's Victory At Sea, I thought that the mint was too strong. It was like a good porter, ruined by the addition of toothpaste. That isn't the case with Mint Chocolate Great Debate, and it makes me a lot less dubious about the presence of mint in beer. 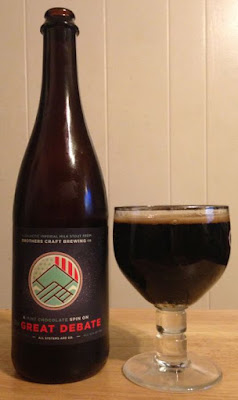 Everybody is doing their version of Enjoy By these days. It seems like half of my favorite craft breweries have an "evolving" IPA that is going to be slightly different with each release. On deck now, Firestone Walker, and the 001 release of Luponic Distortion, their "evolving IPA." This beer pours clear yellow with a lot of foam and carbonation. The aroma is strong hops, floral and citrus qualities. The flavor is juicy up front, but then closes slightly dry. Lemon and grassy hop tingle on the finish. Luponic Distortion is OK. 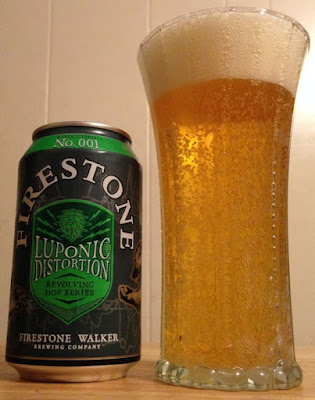 Hell, I don't know what to say about Great Divide's Oak Aged Yeti Imperial Stout. It's really good, but there are so many versions of Yeti, and they're all really good. I think I'd have to have a flight of all of them at once to be able to pick up the subtle differences. I love the oak aged chocolate version and the espresso version. This one is good, too, but I don't know that I noticed anything distinctly different here. It pours dark brown, average tan head. The aroma is oak and chocolate and coffee and all the stuff I expected. The taste is the same. And it's really good, And I expected it to be really good. All I need to see on the label is "Yeti," and at this point I know I'm gonna enjoy it. But I don't know that we need seventy slightly different variants. 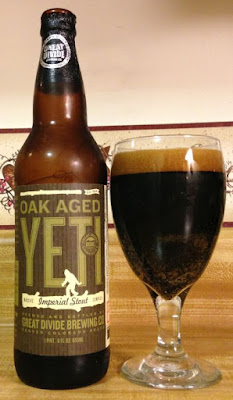 I finally had a chance to sample a few of Devil's Backbone's collaborative beers. Seven Summits is their imperial stout collaboration with Wicked Weed brewing. It pours very dark, chocolate brown with hardly any head. The aroma is candied fruit, coffee, molasses, chocolate. The flavor adds a mild but distinctly herbal, tangy hop burn in the finish. The 10.5% ABV is all over the nose and tongue. This is a very big beer. 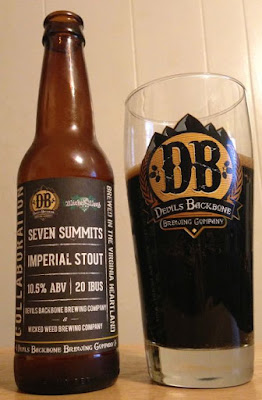 Double Pacific Ale is Devil's Backbone's collaboration with Thunder Road. They bill it as an Australian-inspired ale. Double Pacific is pretty good, but nothing surprising. It pours a clear, light amber. Average to below average foam. Average carbonation. The aroma is malt. Buttery, bready, cereal malt. The flavor is rich and slightly sweet, too. A bit of tingle on the finish. No real presence of the 8.4% ABV in the flavor. 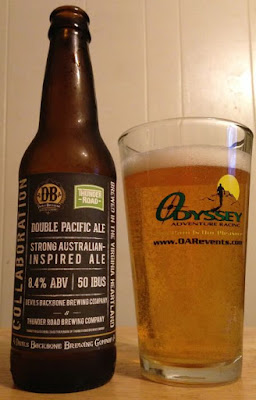 Devil's Backbone and Sun King call their collaborative beer Another State Of Kind. This is billed as a "double dank" crream ale, and it's extremely hoppy, with some cream ale qualities on the aroma. To my palate, there is nothing but IPA in the flavor. The beer pours pale yellow with faint, thin foam. Creamy, mildly yeasty aroma with some hops. Those hops are all over the flavor. Bitter front and back. Pretty good. 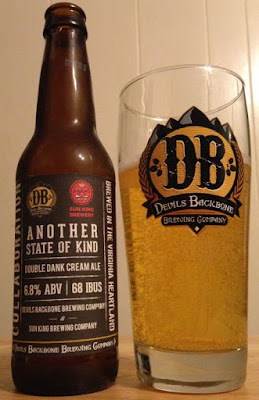