Birra Flea is an Italian brewery. They bill Bastola as a red ale, but it's brewed in the English bitter tradition. This beer pours pale amber, with average head. The aroma is midly fruity, apples and pears, some nutmeg, some cereal malt. The flavor is sweet and light. Apples, a little spice, with yeasty bread notes. Not bad. Not great. I don't regret buying it, but I think one fill is enough. 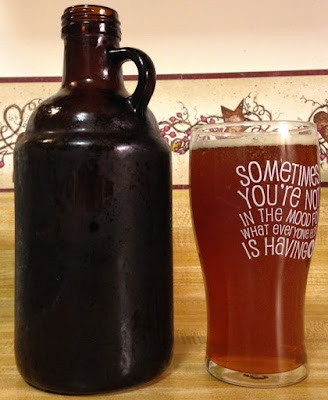 I was surprised to realize that I'd never tried Troeg's basic pale ale before, so I tried it. This beer pours a highly carbonated, dark yellow with a fair amount of head. The aroma is pears, malt, a little white grape thing going on, too. The flavor is mild and clean but pretty good. A mild, mellow malt on the finish is probably the defining characteristic. This isn't in league with Nugget Nectar or Mad Elf, but I didn't expect it to be. 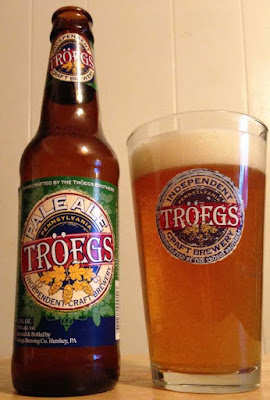 Weyerbacher's 20th Anniversary Ale is a Belgian. It's copper brown in color with an obscene amount of foam. The aroma was brown sugar, spices, and booze (at 11% ABV I wasn’t surprised to pick up on the alcohol). The flavor is very rich. Caramel, coffee, lots of spices, molasses, and a boozy blast of vapor on the finish. Strong stuff. Once I dug through all that foam, I enjoyed it. 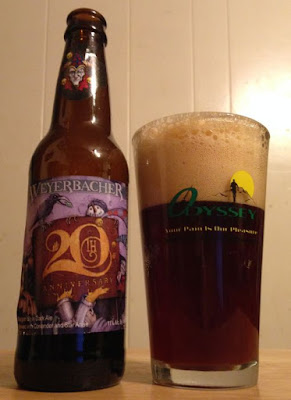 Yeah, there are too many IPAs out there. But there's still no denying a good one. Victory's Hop Ranch is a very good imperial IPA. It pours bright yellow with a good bit of carbonation and a lot of foam that leaves a stubborn lace. The aroma is pine and citrus hops and lemon. The flavor is bright, juicy, and crisp. A little bit of the 9% ABV comes through on the exhale. Nice. 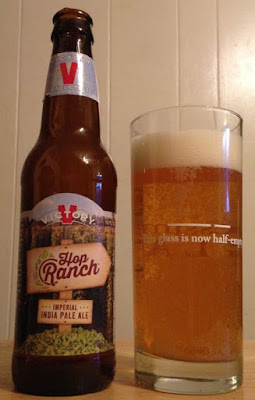 New Belgium's Side Trip is a hybrid, American Pale Ale/Belgian kind of thing. This is actually one of New Belgium’s better grocery store beers. I really do like it. It pours bright yellow, lots of carbonation, thin head. The aroma is malt and bananas and some grassy hops. The flavor is big on Belgian yeast and buttery malt, and it has a dense finish. 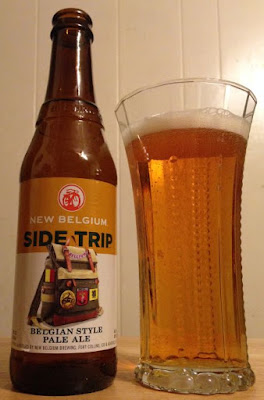 And, for that matter, New Belgium's Citradelic IPA is pretty good beer. (I'm just all sunshine and fairy-farts in this set of reviews, aren't I? There was just nothing bad here. Anyway...) Citradelic a little too sweet to be something I’d buy again, but it's not bad. Pours a very bright, light orange color with a lot of foam. The aroma is mild, sweet citrus. The flavor is more of the same, with bright, tangy, sweet tangerine on the finish.