Six more beer reviews, including two on tap. That mini-growler I acquired early this year has turned out to be a great investment. Two themes in this set of reviews; affordability and porter. Not that this is a set of porter reviews... there is only one porter in this set. But I'm getting ahead of myself.

I have not tried to hide the fact that affordability is a big factor in my favorable reviews. If you brew a great beer, but sell it at a prohibitively expensive price, that's going to cost you points in my book. Conversely, if you offer a very good beer at a surprisingly low price, you're going to gain a few brownie points with me. Trader Joe's, the yuppie's favorite grocery store, sells some outstanding beer on their store-brand label, and the prices are laugh-out-loud low. (As a matter of fact, TJ's is one of the few instances where I'd advise you to believe the hype in general. Tasty food, fairly guilt-free in terms of nutrition if you're not stupid about it, and the prices are more than fair).

Trader Joe's 2015 release of their store-brand Vintage Ale is brewed by Unibroue, a Canadian brewery that often impresses me. This beer pours a slightly mahogany brown with average head. The aroma is apple-butter, cinnamon, cloves, brown sugar. All of that is on the tongue, plus pralines and horehound, all kinds of combinations of sweet and spicy. The sweetness dominates the spice, but never too much. I thoroughly enjoyed every drop I poured from this bottle. This is one more reason why those Trader Joe's parking-lots are always jam-packed. There's some damn good stuff in there, including delicious beer, and they're almost trying to give it away. I'm an unabashed TJ's fan, I'd just about sell my leftie to have one of their stores less than a hundred miles from home. 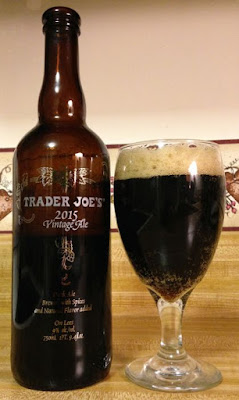 Founder's Azacca IPA is one of the many IPAs out there that features a relatively new, strong dwarf hop. (In my area, "new" is probably a relative term. But that's a whole 'nother.) This is a strong, juicy IPA. It pours a bright copper yellow with average head. The aroma is tropical fruit, citrus, grass, some spice. The flavor is tangy up front with strong hops mid-tongue, finishing with more of that tropical punch; pineapple, tangerines, and a little vapor. This is nice, if not remarkable or surprising ... and I look forward to this hop's presence in the mainstream craft world, judging by this first sample. 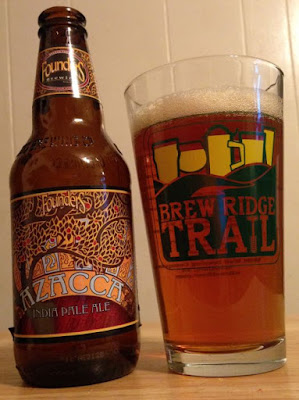 Westbrook Brewing's flagship IPA is a bright, clean, very drinkable IPA. It pours cloudy yellow, average head and lace. The aroma is lemon, buttered bread, tangerine. The flavor is rich and bitter. The finish is grassy and strong. There is a little alcohol vapor in the finish. This is good beer.

If you'll indulge me for a minute, I'll offer an opinion on the industry in general. Westbrook India Pale Ale is a good IPA... one of several fine IPAs I've had lately. But there are so, so, so many damn good IPA's out there. Too many. Damn good IPAs are almost becoming old-hat. How about something different? My last two favorite beers have been porters, and both from one brewery (Ballast Point's Black Marlin owned my fridge for the second half of 2015, knocking the same brewery's Victory At Sea out of the top spot.) And I never really considered myself a porter fan before Ballast Point made me rethink the style. These beers remind me that there is more to beer than hops. Ballast Point cannot be the only brewery that gets that, right? 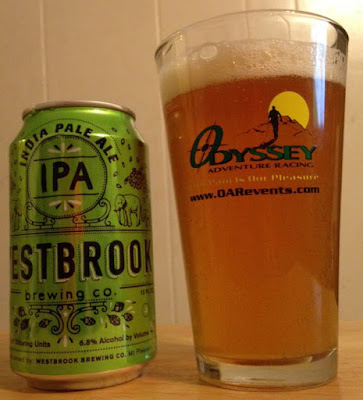 Speaking of Ballast Point and IPA... ahem. That brewery happens to "get" IPA, too. Their Pineapple Sculpin is a very good Sculpin IPA variant, although I don’t like it as much as the grapefruit version of the beer. This one pours clear but dark yellow with about three fingers of head. The pineapple is strong on the aroma, but more understated on the flavor. Malt and citrus hops hit the front of the tongue, and the pineapple is a presence in the finish. It’s more of a candied pineapple thing than a fresh pineapple thing, but it’s still very good. 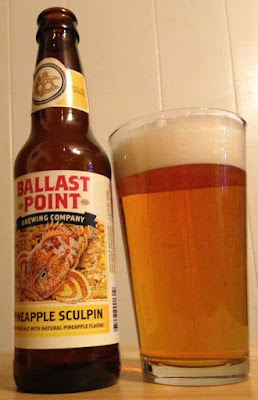 Affordability seems to be a theme I'm revisiting in this set of reviews, And Saranac seems to be a brewery that gets the importance of affordability. while I can't say that all of their brews are good beer, this one damn sure is. I had Saranac's Barrel Aged Rye Porter on-tap, a half-size growler fill from Barrel Chest. This is the third Saranac beer I’ve had, and the second one that I’ve enjoyed quite a bit. It pours dark brown with a very little bit of splotchy head. The aroma is a little like rye whiskey and coffee. The mouth-feel is dense and sticky. The flavors are strong and rich. Whiskey and oak, vanilla, coffee, caramel, cereal malts. I liked this. I’d buy it again. I mentioned that I'm becoming a porter fan-boy, right? This is affordable, delicious beer is a good reason why. Saranac, you win the internet tonight. 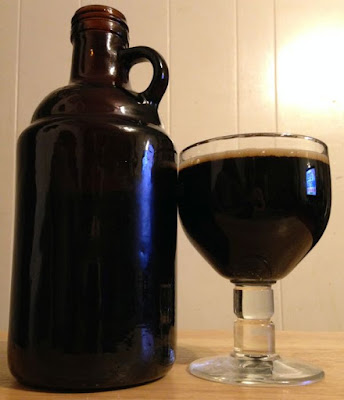 Sixpoint is another brewery that impresses me quite a bit. And speaking of porter, Sixpoint has offered not just one, but two different outstanding porters. Not that porter is all they brew. Sixpoint's High-Res Imperial IPA pours a bright, clear, golden color without much foam or lace. The aroma is strong and bitter; floral hops with a little tangy, citrus sweetness behind that. The flavor is a hop rush. Nice, big, clear, pungent, bitter hops front to back. A little vapor on the finish. The aftertaste rages with hops, you won’t shake this for a while. This is a solid imperial, as aggressive as some of the "triple" IPAs I’ve had.. 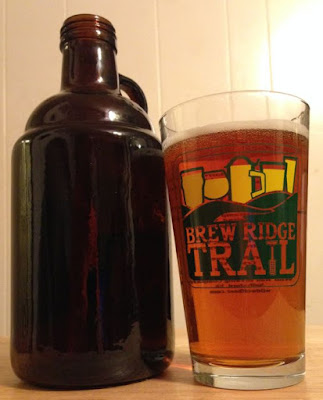