Apparently, posting six reviews at a time is just how I do it now. It seems to work.

Sierra Nevada keeps releasing good IPAs. I guess that's fine, but I am starting to wonder if one more good IPA is really what we need now. Anyway, Five Hop is billed as an "experimental" IPA. I think the "experiment" was designed to answer the question, will people keep buying IPAs? I suppose the answer is yes. This beer pours very bright, lemon yellow with an average amount of head. The aroma is nice; floral hops and pineapple. The flavor is bright citrus up front, finishing dry, with a slightly musty note at the end. A solid but completely superfluous IPA. This beer comes in a mixed twelve-pack with Ruthless Rye, Torpedo, and Hop Hunter. It's not as good as Ruthless or Torpedo, and probably about as good as Hop Hunter. (I liked Hop Hunter a lot at first and got tired of it really quick, so take all of that for what it is worth.) 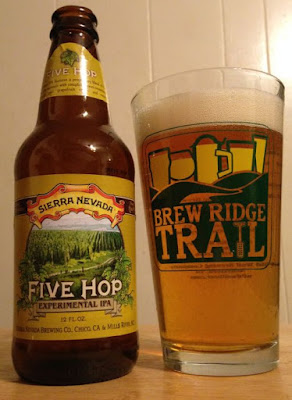 Champion's Ancho Chipotle Porter is one of those high concept beers. this porter pours dark brown, average head, maybe a little flat. The aroma is mild malt, some coriander, black pepper, floral notes. The flavor is thin up front but the smokey pepper quality comes through on the finish. I wasn’t crazy about the first glass, but liking it more by the second.

You know, it would be nice to get a good porter now and then without a bunch of bells and whistles. It can be done. Sierra Nevada's regular release porter is delicious. Even New Belgium makes a very good porter. Porter's don't have to be crammed full of peanut butter and hot peppers and coffee and vanilla and shit. I'm just saying. 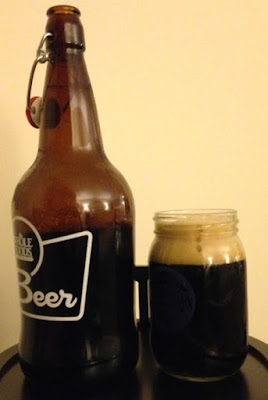 Stone's Americano Imperial Stout is a bright but very strong imperial coffee stout. It pours black with a very thin, tan head that fades quickly to a rim ring. The aroma is citrus and coffee, some lemon notes. On the front of the tongue the flavor is all about the coffee and malt. The hop tingle hits on the back of the tongue. Some alcohol punch comes through in the after taste. Substantial beer. 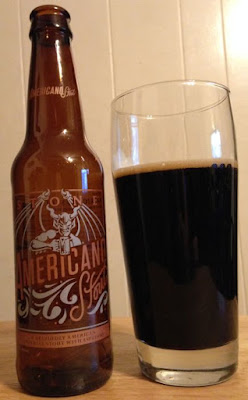 I'm not in love with Devil's Backbone, a very popular regional brewery. They've done an imperial IPA that I like a lot, and a great many other beers that I just think are OK. The wood-aged version of Dark Abbey, their version of a Belgian Dubbel, is for now only available at the brewery. This is one of Devil's Backbone's very OK beers. It's a little glossy, as abbey dubbels go, but not bad. It pours a dark cherry brown color, very little head. The aroma has that cherry/caramel malt/sugary thing that I associate more with dopplebocks than with dubbels. Those same Dr. Pepper like qualities are there in the flavor, too. The oak is a mild presence in the finish, but it’s subtle. Probably too subtle. As I understand it, oak aging is an expensive process. Devil's Backbone is not getting their money's worth, here. 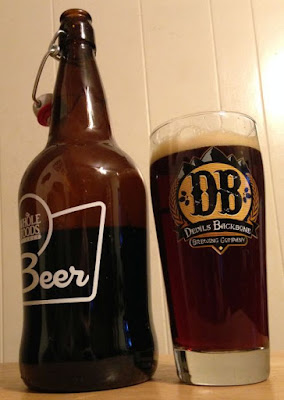 Clown Shoes Evil Crawfish is a red imperial IPA. It's alright. It pours deep amber in color, like strong iced tea, with average foam and lace. The flavor offers citrus, spice, some nutmeg, a little caramel. Smooth malt on the front and middle of the tongue, finishing up with a mildly hoppy burn. The 9% ABV is completely hidden in the taste. It's fine, I guess, or whatever. It's what Stringer Bell might call a 40 degree day kind of beer. Perfectly good and done to death. 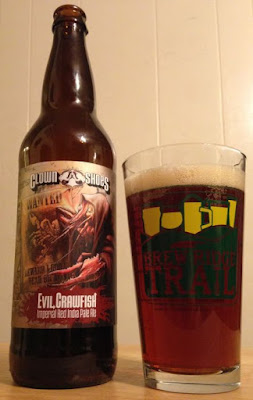 There are Baltic porters that I love, which is surprising, given that Baltic porters are technically lagers. Green Flash's Cosmic Ristretto is a Baltic porter, technically, but they bill it as a black lager. That's probably a smart move on their part, because this beer isn't as good as the best Baltics. It doesn’t have the bright, crisp finish that I associate with Baltic porters, and just tastes and feels like one more pretty good, heavy stout. But, at more than 8% ABV, and with chocolate and espresso, I probably shouldn’t expect this beer close clean, the way Smuttynose's outstanding Baltic porter does. This beer is just too dense for that kind of surprising finish. It pours dark brown with average head. The aroma is chocolate and the same sugary malt aroma that I associate with Baltics. The flavor is rich and sweet, like a chocolate stout up front. The malt and yeasty bread notes come through very mildly on the finish, along with some vapor. Not what I want in a Baltic porter, but tasty enough on it’s own terms that I can forgive that. 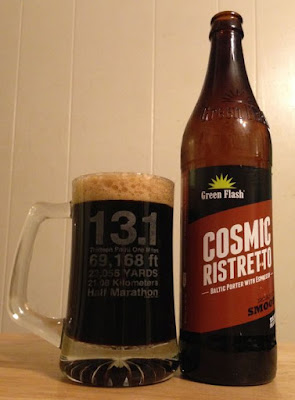