My first mixed-six beer review set of the new year.

One of the many reasons to love Stone Brewing is the collaborative beers they do with smaller, little-known breweries who might not otherwise receive attention beyond their local areas. NxS is an imperial IPA That Stone has brewed with some outfit called Sierra Nevada (OK, so sometimes Stone works with brewers who aren't desperate for a helping hand.) NxS pours a very bright, clear, pale orange color. There’s a ton of foam on top, and it hangs around for ages. The aroma is sweet, citrus hops and a hint of rye. The flavor is dry, bright, and rich. It reminds me very much of Stone's Enjoy By, which is certainly not a bad thing. I would happy make this a regular purchase if it became a regular release. 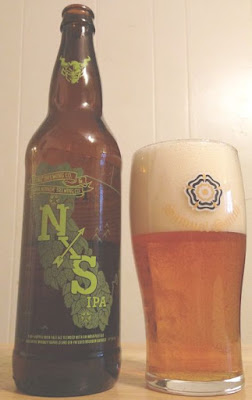 Grainiac is a specialty grain beer from Stone's Stochasticity Project. This beer is amber/copper color with a lot of foam. The aroma is very mild. There’s some caramel and rye and a little bit of floral hops. The rye come through loud and clear in the flavor. The wheat is there, too, and the hops are huge in the finish. This tastes, to my palate, like an American strong ale brewed with rye. I don’t taste the buckwheat and millet, but probably wouldn’t know what to look for even if I did. 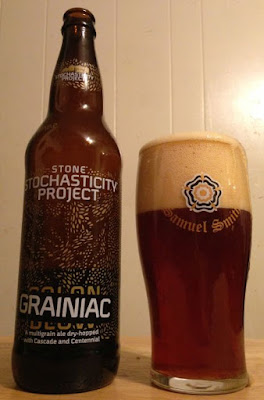 Ballast Point bills The Commodore as an American Stout. As you might guess, given the taste preference of the average American craft beer fan, this is a hoppy stout. It has a strong coffee quality and a bitter finish. This is a nice alternative to some of the sweeter stouts. The Commodore pours brown to black with average head. The aroma is coffee and roasted malt, and the flavor brings mildly bitter punch in on the finish. Pretty darn good. 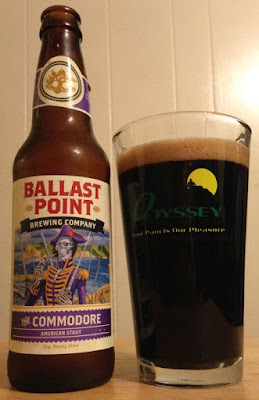 South Street's Hop Gothic is a strong, dry IPA with a slightly acerbic finish. It pours a cloudy orange with average head. The nose is lemons and grass, a little garlic. The flavor is bright and bitter on the back end, but without the candied citrus or butter or complexity that I enjoy in the best double IPAs. 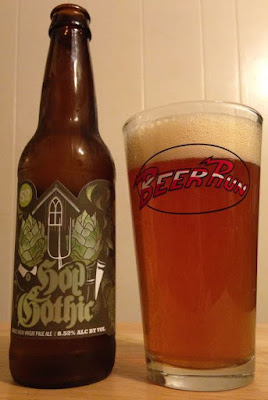 Higher Math is one of Dogfish Head's big, attention getting, high-end brews. These gargantuan beers from this brewery are always worth sampling, even if only to reference what the brewery is doing on the extreme side. Higher Math pours deep brown with a thin, creamy head. The aroma is boozy, like cherry brandy, with only a little bit of chocolate and candy sweetness. The flavor is a sledgehammer. The cherries come through strong, and dominate the flavor. There is a little caramel malt and the finish is overstated to say the least. There is no hiding the 17% ABV. Nonetheless, it’s more drinkable than World Wide Stout, and smoother than 120 Minute "IPA." 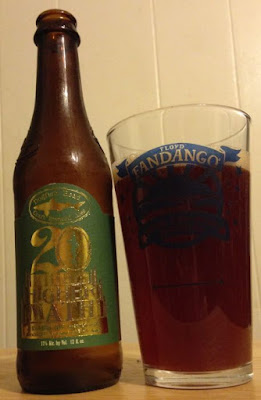 Third Coast Old Ale, by Bell's Brewing, is a solid, aggressive barley wine. It pours deep copper color with a thin head but a lot of lace. The aroma is candied fruit and nuts and dark liquor; raisins, figs, something like bourbon. The taste packs a lot of kick on the back end. Rich flavor, dense mouth feel. 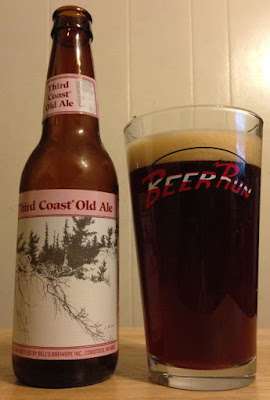