Great Lakes Eliot Ness Amber Lager pours bright bronze in color with a fair amount of head. The aroma is bread and butter and slight spice. The flavor is rich and slightly sweet before a hoppy tingle hits in the finish. I very often think, reflexively, that I don't like lager beer. Great Lakes has shown me with yet another delicious lager that I have no idea what I like. 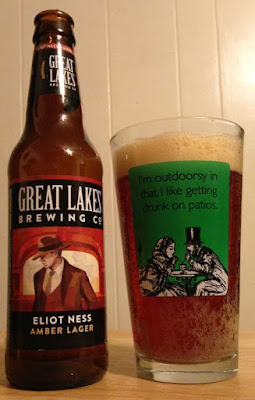 I thought that the most interesting thing about Saranac S’more porter was that it’s dirt cheap and comes in a 32 ounce growler. I figured it would probably be worth the five dollar asking price at my local beer store just for the little growler. S’more Porter pours dark brown with average head, and the aroma actually smells like s’mores. Graham crackers, vanilla, and chocolate all show up strong on the nose. The flavor is the same, but not overly strong. Not strong enough to get old after a pint, anyway. I wouldn’t buy a beer this sweet normally, but this one is absolutely worth the incredibly low price. It’s tasty and has a great utilitarian value ... that little growler will be put to work for sure. 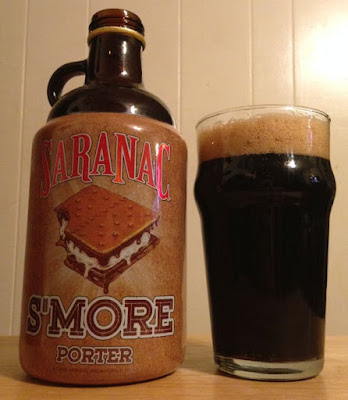 The peppermint variant of Ballast Point's outstanding Victory At Sea porter is not quite as good as the original Victory At Sea. The peppermint is too strong, kind of synthetic, and it distracts from a beer that’s pretty complete without anything extra. The color of this beer is deep brown, like original Victory at Sea. There is a huge amount of foam, and the aroma has the coffee and chocolate and spice of the original. The peppermint over the aroma is a distraction. It’s strong over the flavor, too. The strong coffee and sweet malt are dominated by the vaguely toothpaste-like peppermint. It isn’t enough to ruin the beer, it’s still actually very good. But the peppermint detracts rather than adds. 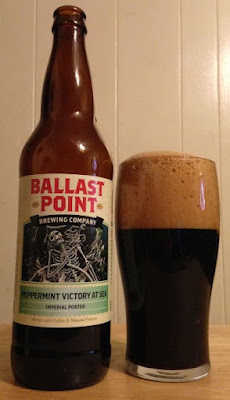 Sierra Nevada's Otra Vez gose style beer pours a light, pale, clear yellow. There isn’t a lot of foam. The aroma is tart; citrus and grass. The flavor is very tart on the front, but the malt comes through clean and rich on the finish. Overall, very light and just delicious. I enjoyed this quite a bit. 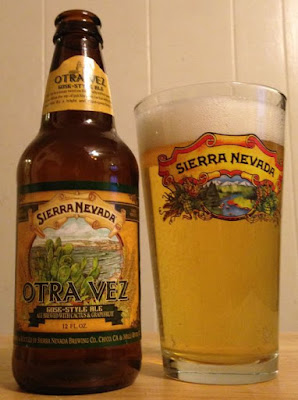 Starr Hill's Snow Blind is a doppelbock, which is not my favorite beer style. This beer doesn’t change that. Snow Blind pours a cherry-brown color with little head. The aroma is sweet, candied fruit, cinnamon. The flavor isn’t bad. It has a quality that reminds me of Dr. Pepper, which isn’t unusual for doppelbock, but with that slight sulpher aftertaste I also associate with the style. 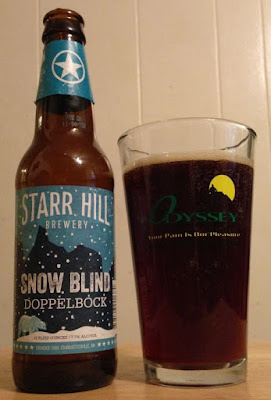 Troeg's Hop Knife IPA pours a clear, pale orange with average head. Smells wonderful, like clementines. The sweet, citrus aroma is just great. The flavor isn’t quite as good. The sweetness is cut with a grassy hop character that’s good, but not as good as the smell. I can’t remember the last time a beer smelled this sweet and then wasn’t quite sweet enough on the tongue to suit me. That never happens. Still, it is good. 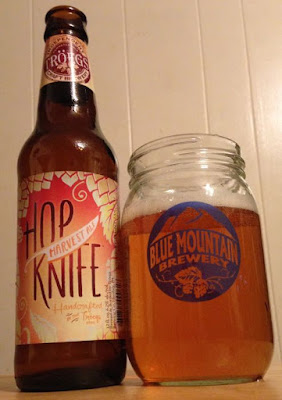