Another mixed six-pack of beer reviews, this set (I suppose) is the Thanksgiving set.

Great Divide's Hibernation Ale is delicious. It's one of the best old-style ale’s I’ve had. It pours dark brown with a little splotchy head. The aroma is sweet spices, nutmeg, pears, pecans, other winter notes. The flavor is wonderful. Big caramel and tea qualities, with some citrus on the finish, and a boozy blast of vapor in the nose. Damn good beer. 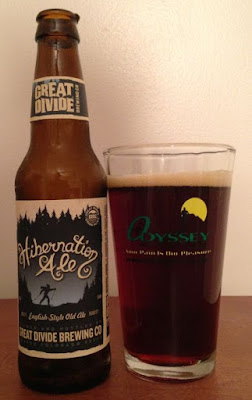 Great Divide is two-for-two in this set of reviews. Fresh Hop IPA is outstanding. It pours bright amber in color with a fair amount of foam and carbonation. The aroma is big, grassy hops and cereal malt. The flavor is wet, pungent hops through and through. Lemon and buttery sweetness on the finish. Really nice beer. This is now on my look-for list. 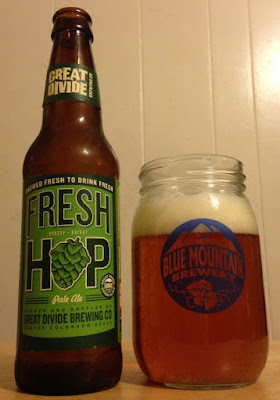 Stone's Stochasticity Project - Your Father Smelt Of Elderberries - American Strong Ale is (as the name implies) a high concept beer. It grew on me as I drank it. It pours a bright brown with burgundy highlights, The head is average. The aroma is strong and sweet, and maybe a little medicinal. The taste is like a cross between a barley wine and Arrogant Bastard with cherry notes. I am not overly familiar with elderberries, so I'm not qualified to comment on the elderberry quality. It just reminds me of cherries. By the end of the bottle I was enjoying it, but I nave no real desire to get another bottle. 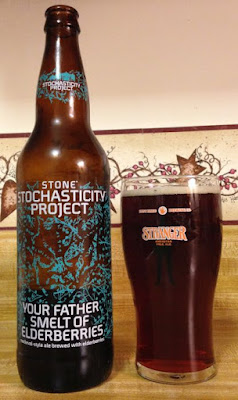 New Holland's Carhartt Woodsman Brown Ale is, I guess, not awful. But it's nothing special. It's really kinda meh, and among the lesser New Holland beers I've had. It pours brown/orange, with a lot of foam. The aroma is more like a Belgian than an American pale ale. The Slightly fruity, bananas and some vanilla. There isn’t really any oak to mention in the flavor. Just a basic, mildly Belgian tasting ale. 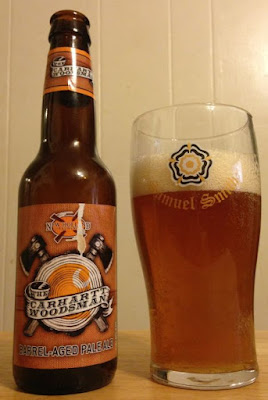 Great Lakes Ohio City Oatmeal Stout is really just one more oatmeal stout. It’s rich and smooth, but not overly sweet. It pours dark brown with average head, the aroma is coffee and cereal malt, a little chocolate. The flavor is big on coffee and roasted malt. The finish is clean. 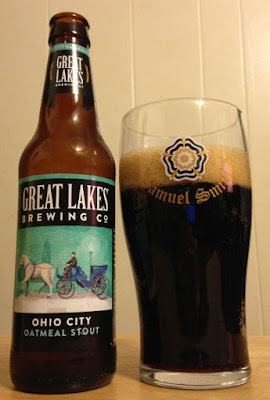 As sweet ales go, Great Lakes Christmas Ale is one of the better ones. This ale pours deep copper color, the head fades quickly. The aroma is ginger, spice, winter squash, malt, and a little citrus. The flavor adds honey and a little lemon on the close. I actually like this quite a lot. 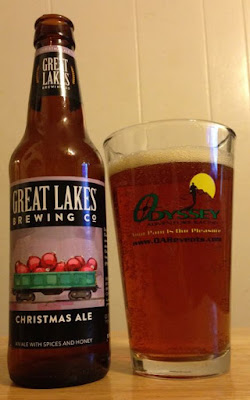