Little Sumpin' Extra is Lagunitas Brewery's variation on their popular imperial IPA. And it's as good as Lil’ Sumpin’ Sumpin’, maybe better. This one pours a paler yellow than the year-round release, with average head. The aroma is sweeter and cleaner than Sumpin’ Sumpin’. So is the flavor. The wheat malt is discernibly milder and more buttery, but the beer certainly doesn’t lose any of the original recipe’s bitter edge. I love it when Lagunitas releases these variants. Another slight but brilliant departure from a reliable brewery. 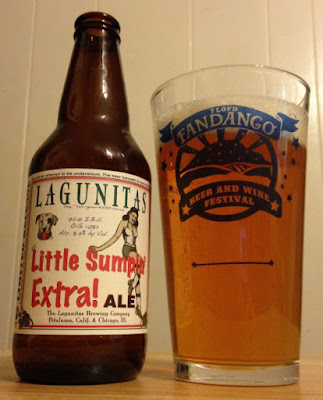 Lazy Magnolia's Southern Pecan brown ale is not awful, but it’s not very good. Pours a hazy, golden brown with an average head. The aroma is malt and molasses and a little brown sugar. The flavor is slightly sweet and synthetic tasting. No pecans on the aroma or flavor, really. Nothing special. Not absolutely awful. But not something I’ll have again. 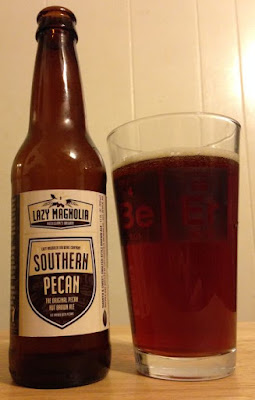 Chaos Mountain's Cheeky Monkey Belgian ale is an aggressive tasting Belgian that breaks decidedly toward the tart notes that are usually subdued in other Belgian ales. This one isn’t mild, doesn’t have sweet, banana quality. This hybrid pours yellow, there is a lot of foam, and the aroma is grassy. The flavor is a bit medicinal. Some fruit/citrus flavors, but the finish is acerbic. 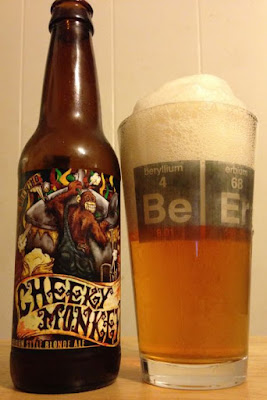 I love it when Stone does out-of-left-field collaborations with other breweries. You never know what you'll get, and some of them are wonderful. But 24 Carrot Golden Ale is a collaboration with Juli Goldenberg and Monkey Paw, and this time the beer is a big swing and a wide miss. In fact, it's one of the least enjoyable beers I’ve ever had on a bottle with the Stone Brewing label. Pours an orange/blonde color, very little head. The aroma is like a sweet, overly spiced pumpkin ale. The flavor is the same, but with an artificially sweet, flat, cough-syrup like finish. I didn’t dump the bottle half way through. I finished it. I’m not sure why. 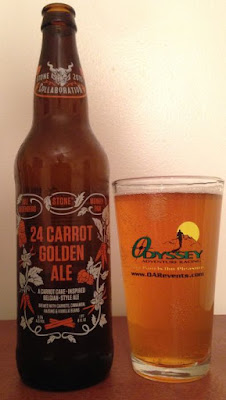 Sixpoint's Sensi IPA pours dark orange, average head and lace. The aroma is lemon and pine hops, and the aroma is HUGE, strong pine hops. Smooth across the front, taste wise, and then a very bitter finish. Nothing spectacular, just one more solid beer from a solid brewery, and a fine IPA. Nice. 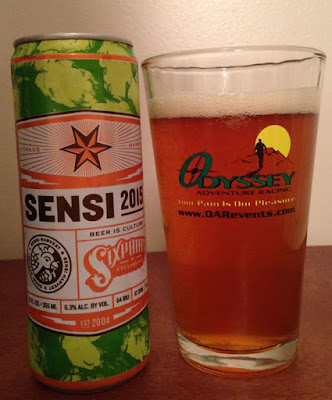 Long Trail's Brush And Barrel Imperial Pumpkin Ale is OK, as pumpkin ales go. Pours deep copper/bronze in color, average head and lace. The aroma is spice, malt, honey, a little booze. The mouthfeel is heavy, close to a barleywine. Lots of spice and a blast of alcohol vapor on the swallow, then a caramel apple finish. It isn’t bad. It isn't wonderful. It's one more pumpkin ale, and we really don't need one more pumpkin ale. What we need is one more amazing Baltic porter, because their are too few of them. Get on it, Long Trail. 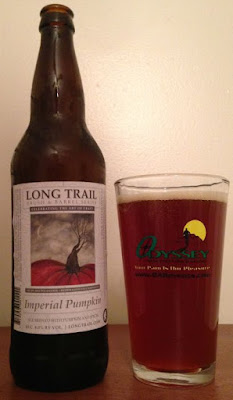