Ballast Point's Dead Ringer Octoberfest pours deep brown color, the head fades away quickly. The aroma is caramel, apple butter, some spice. The flavor is rich and a little too sweet for me. Molasses, scotch notes, clean finish. It isn’t bad, but it's not my style. 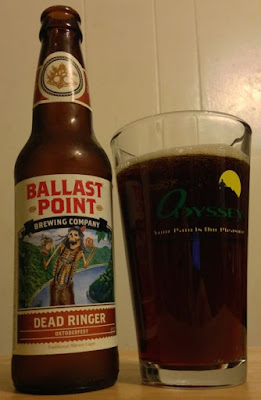 Sierra Nevada's Oktoberfest is a collaboration with German Brauhaus Riegele, and it's very good. This beer pours a bright amber, with average head and carbonation. The aroma is malty and rich, with a little lemon zest, hoppy punch. The flavor is buttery and warm and really tasty. Mild banana/fruit notes atop that rich malt, with a hoppy tingle at the end. I just said in the previous review that Octoberfest beers aren't my style, but I liked this a lot. 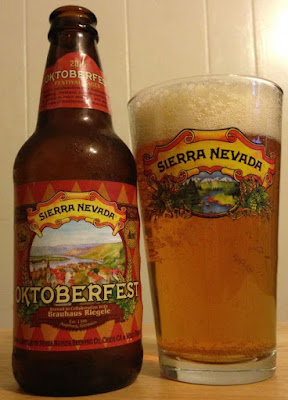 Great Lakes Nosferatu Imperial Red is a fine beer. It pours dark copper/red, the head is creamy and hangs on for a while. The aroma is rich, if slightly muted. A little oak, some brown sugar. The flavor is bigger thant he smell. It's smooth up front, slightly sweet, and then finishes with a wash of hops, caramel, nuts and cereal malt. Nice. 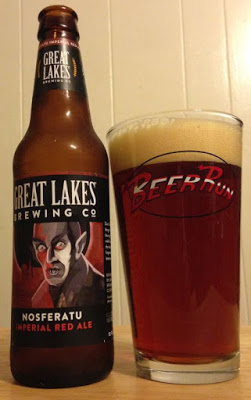 Harvest Ale, by Southern Tier, pours amber/brown, average head, average carbonation. The aroma is mild apples and spice, and a little bit of hoppy tingle. The flavor isn’t strong upfront, but the back of the tongue is a smooth flood of warm malt. Orange pekoe tea and caramel round it out. Nothing special, but pretty good. 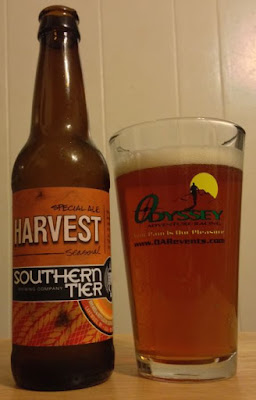 There is a lot going on in South Street's Twisted Gourd pumpkin ale, and I was sure I wouldn’t like it, but I do like it. In fact, I enjoyed this bottle quite a bit. The color is brown/orange, the head is average. The aroma is chai tea, black pepper and pumpkin. The flavor is rich and spicy. There is hot pepper all over the taste, but it works well with the squash/pumpkin notes. Most pumpkin beers are either bland or too sweet. This one is neither of those things. I’d buy it again. 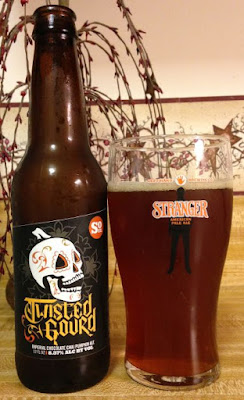 Macro-brewery or not, The Boston Beer Company continues to turn out beer that is more drinkable than not. Samuel Adams Rebel Rouser Double IPA is pretty good; and there aren't many DIPA alternatives in this price range that are better, or even as good. This beer pours a hazy orange color with average head. The aroma is slightly sweet citrus with a little bit of a vegetable/pepper thing going on. The flavor starts out bitter and gets more bitter. It's aggressive, a legit DIPA aimed at DIPA fans. The finish is musty and strong. I enjoyed every sip. 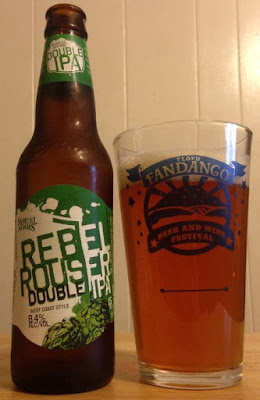