Stone's 19th Anniversary Double IPA is called Thunderstruck, and it's made with Australian hops and malts. It's outstanding. I haven't enjoyed a Stone Anniversary release this much since the 16th. Thunderstruck pours bright, lemon yellow. Clean and clear, lots of carbonation, medium head. The aroma is pungent hops and something like white grape must. Grapes aren't mentioned on the label, but I detected that grape character in all three bottles of this that I have been able to get so far. The flavor is bright, dry, very strong. The hops are very bitter, the grape quality is still there, along with citrus and honey over a warm, clean malt. This beer is really good. I'd love to see it become a regular release. 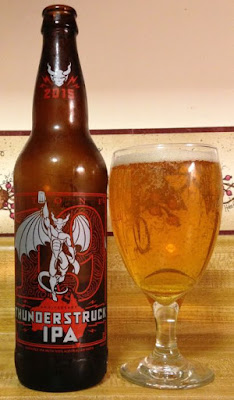 Ballast Point's Calico is a tasty amber ale. It's not as good as other Ballast Point brews, but not bad. Calico pours bronze color, with medium carbonation and head. The aroma is citrus and honey, and the flavor is more of the same. It never plays any surprising cards, but then again, it never wore out it’s welcome. 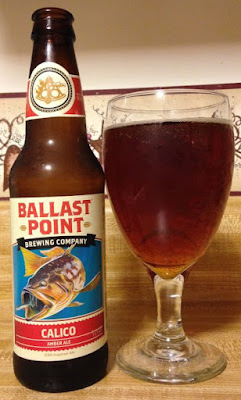 Commodore Perry is an IPA by Great Lakes Brewing. This is a mild, indistinct IPA. Not bad, not special. It pours bright orange with an average head. The aroma is pine hops and vegetable notes. The flavor has a floral/citrus hop quality, the malt is slightly rich, but the finish is a little watery. 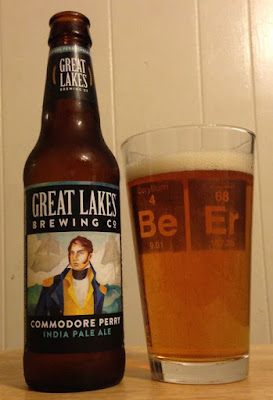 Ballast Point's Grunion Pale Ale pours bright, lemon yellow with a fair amount of sticky head. This beer smells great. There is a really rich, bready, malt background and citrus hops. Tangerine, vanilla, butter. The flavor is distinct from other pale ales, and delicious. There is a strong, almost rye quality mid-tongue. It finishes warm and smooth. One of the best basic pale ales I’ve had in a long time. 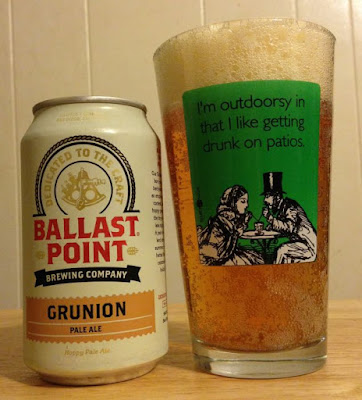 Troeg's Hop Back Amer Ale pours amber in color with average carbonation and a faint head. The aroma is rich, there are brown sugar notes and some citrus. The flavor adds apples, coriander, and a faint, grassy burn from the hops. Not bad. 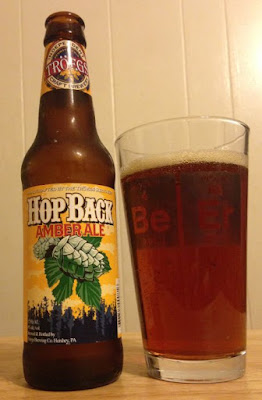 I don't think of myself as a lager fan, but beers like Great Lakes Dortmunder Gold could change that. This is the best lager I've had since last year's Hoppy Lager by Sierra Nevada. Dortmunder Gold pours orange/yellow with an average head. The aroma is really nice; the malt is bright and buttery, and the hops add some floral tingle. But the flavor especially pops. This beer tastes great. That rich, sweet malt lays a foundation for some surprisingly strong hops. It's just a satisfying beer. I will buy it again. 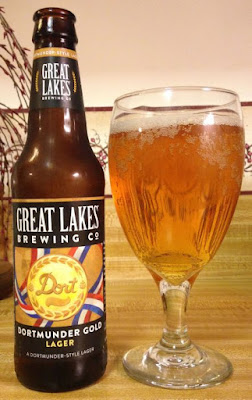