Great Lakes Edmund Fitzgerald Porter pours dark brown with a little more than average head at first. But it fades quickly. The aroma is anise, baker’s chocolate, coffee. That’s all present in the flavor, too. The finish is a strong, roasted malt and a little hop tingle. This is an affordable porter, and it’s low price and high quality make it one worth picking up. 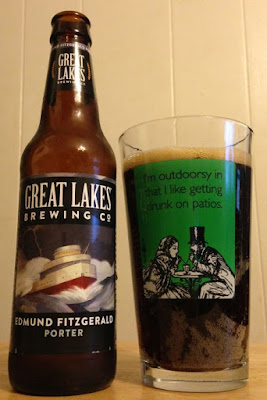 I’m not wild about pumpkin beer, but Ballast Point's Pumpkin Down is pretty good. It’s clearly a scotch ale with pumpkin added. It pours a dark copper color, there isn’t much foam. The pumpkin is there on the aroma, but mostly this beer smells like a scotch ale, with warm caramel malt, liquor and citrus notes. The flavor is where the pumpkin and pumpkin spices come through most clearly on the finish of the flavor, but not so strongly that they dominate the scotch ale character. 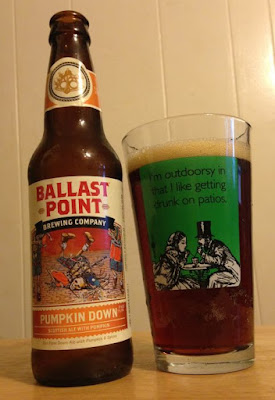 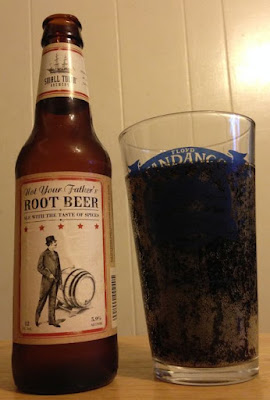 Ballast Point's Calm Before The Storm is a Cream Ale with vanilla and coffee. It's billed as sort of a companion to the outstanding Victory at Sea porter. This ale is a clear lemon/orange color with a lot of carbonation and average head. Autumn vegetables in the aroma; squash, pumpkin, a little bit of vanilla and butterscotch. The flavor is a little muted. There is some malt up front, a little bit of citrus, and a classic, cream ale finish. I neither tasted, nor smelled, the coffee promised on the label. This is nowhere near as good as the porter. 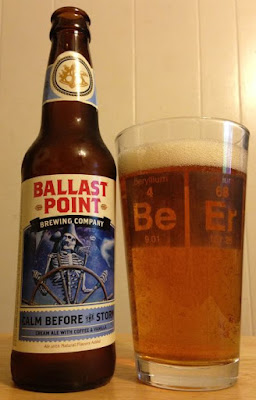 Great Lakes Burning River Pale Ale is not a shockingly original pale ale, but it's a a pretty good one. Pours bright orange with a lot of carbonation and average head. The aroma is citrus and malt. The flavor is citrus and malt, too, with slightly herbal/grassy notes. The finish is a little too sweet, but not enough to ruin it. 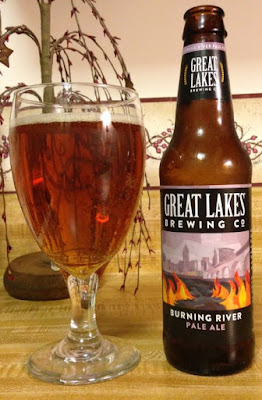 Ballast Point's Habanero Sculpin is different, that’s for sure. It pours orange with a little head, like other versions of Sculpin. The aroma is more or less like regular Sculpin, with the addition of spices, black pepper. The flavor is big on hot habanero. That’s really all I can taste. It's actually pretty hot. It isn’t bad, but it isn’t what I really want in a beer. 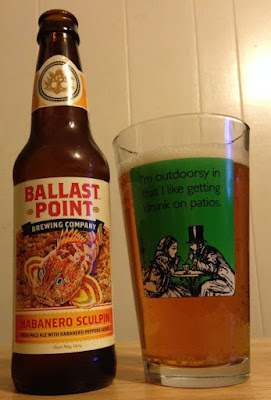 Another post with a mixed six-pack of beer reviews.


AleSmith's Speedway Stout is an outstanding, satisfying beer. It pours jet black from the bottle, the head is average. The aroma is strong coffee, anise, some baker’s chocolate, and very dark, roasted malt, figs, raisins. The flavor is very strong, very rich. Not overly sweet. Creamy and rich without being a sugar overload. Just a hair shy of burnt tasting. Wonderful. 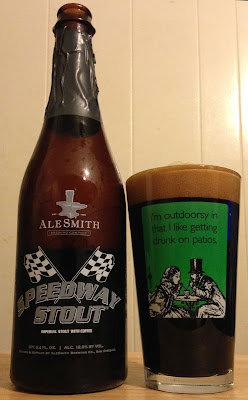 Great Divide's Showdown Rye IPA is milder than my favorite rye IPAs, but pretty good. Pours a hazy brown/amber, not much head. The aroma is caramel, rye, and apples. Very smooth up front on the tongue, fairy rich and sweet. A little more aggressive in the finish. There is some bitter vapor in the nose on the exhale. Decent. 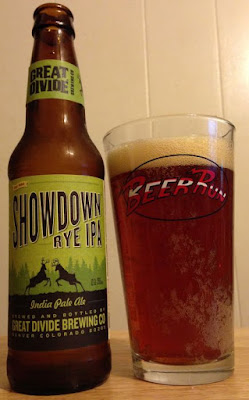 Anchor IPA is another solid beer from Anchor, and one of the best offerings in the price range. It pours cloudy brown with average head and lace. The aroma is musty and malty, with pepper, grass, and lemon notes. The flavor is rich and buttery and strong. A little burn and pine vapor from the hops in the finish. I liked this. 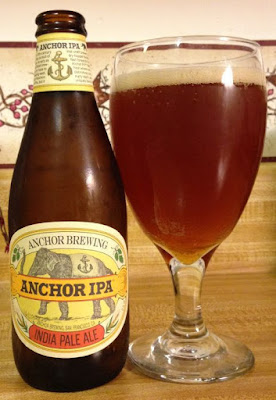 SixPoint's 4 Beans Imperial Porter is the surprising new version of their delicious, popular, lamented 3 Beans porter (which I loved). This version adds vanilla, and the presence of vanilla is there. It's real. But it doesn't significantly change what I remember about 3 Beans, and doesn't re-invent the wheel. This porter still pours as brown as you'd expect, with a tan head. There is still that big, warm rush of chocolate in the aroma and in the flavor. Coffee is a presence, again, and warm malt, and hops on the finish. This is a fine, delicious beer. It's too expensive to buy it often, so I hope it's around for a while. 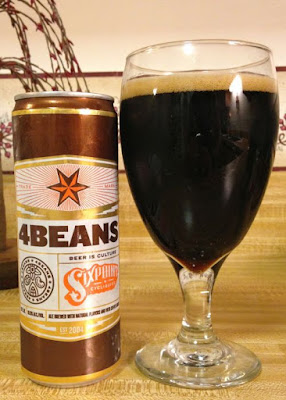 Ommegang's Hop House is a heavily hopped Belgian/IPA hybrid. It's as sweet as a Belgian and as hoppy as an IPA, and there are many beers like it. Which is fine, because it's a good style, and this is a good example of it. It pours pale orange, the head is average, the aroma is floral hops. The flavor has a mildly fruity, dry white wine kind of quality. There is a rush of hoppy burn at the end. 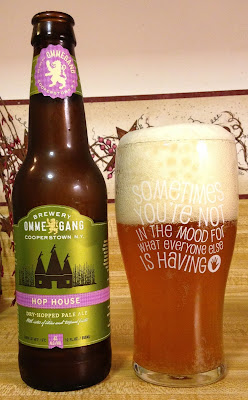 I can't pass up an opportunity to make some notes about the 2015 release of my favorite beer ever, Stone's RuinTen Triple IPA. This is the annual release version of their tenth anniversary, limited edition of the brewery's popular Ruination Double IPA. I like Ruination in it's year-round release version, but this hoppier, heavier, meaner special release always takes the game up several notches. As always, this IPA is very bitter, very strong, with citrus and rich malt. This year's addition has a thicker, almost barley-wine like quality that I don't remember noticing from previous iterations. It may have been there, it may just be that I didn't get it as much. The close is a big, aggressive blast of alcohol vapor and hops. I've managed to round up a total of seven bottles this year. Even with slight differences in texture this year, I love it as much as ever. 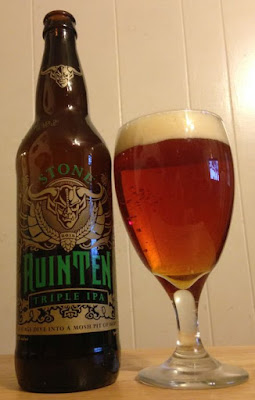