The last several beers I've had have all been more or less OK. Nothing to write home about, but not bad enough to have fun writing a really pissy review. I just haven't had much to say about any of them. But I figured I needed to either post the pictures and get the reviews on the blog, or delete the pics from my phone. So, here they are; a bunch of OK beers, reviewed briefly.

JP Ale is an American pale ale brewed by Charlottesville's South Street Brewery. It pours brown/orange, there is a brief and small head, and no real lace. The aroma is bready, a little bit of pine. The flavor is malty, a little musty, the centennial hops are right there. There’s a slightly citrus aftertaste. 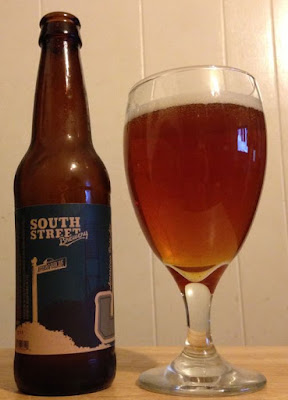 Bouncy House by Smuttynose is the rare session IPA that I think is pretty good. It pours light orange, there isn’t much head. Citrus and grassy hops on the aroma, and a little buttery malt in the flavor. The finish is slightly watery, but not enough to ruin it. Most session IPA’s are entirely watery. This one has a little more going on than that. The best thing about this beer is it has an ugly old bald dude on the label. As an ugly old bald dude, I see far too few of my spiritual kin on beer labels. I endorse this bizarre marketing indiscretion on the part of Smuttynose. 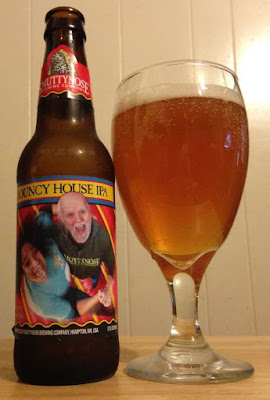 Bells Brewery usually either knocks it out of the park... or swings and misses entirely. This is an exception for Bells, it's an only OK beer. Mercury, The Winged Messenger is a fairly average Belgian, and there's just not a lot going on. Pours a bright yellow, average head. The aroma is Belgian yeast, primarily, some spice, some bread. The flavor isn’t bad, it just isn’t anything revolutionary. Bananas, slightly floral hops, etc, etc. 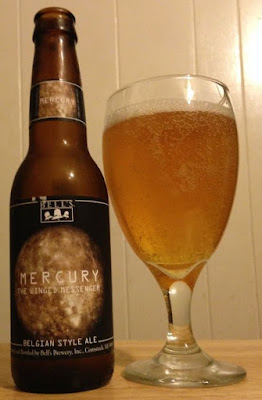 Hardywood Single ... yeah, more of the same. This is very average Belgian. It pours a bright, clear, golden color. Medium head. The aroma is bananas and a little citrus, the malt is subdued. The flavor is typical for a Belgian; bananas, candied nuts, warm, bready malt, that classic Belgian yeast. It’s an OK beer. Whatever. 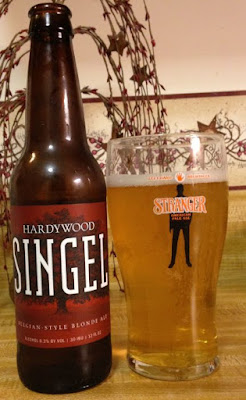 Epic Brewery makes my second favorite beer of all time, Big Bad Baptist Stout (only Stone's RuinTen IPA tops it, in my book). So I'm always excited to try a new stout from Epic. This one... eh. It's alright. Epic says that each release of 825 State Stout might be a little different from the previous one. I had a bottle from release #54, at 6% ABV. This stout pours thin but very dark, the head dissipates very quickly. Aroma is baker’s chocolate and a little coffee, faint, piney hops. More baker’s chocolate on the flavor, a little bit of mint, a little bit of caramel. Slightly watery finish. Not bad. Fine. OK. 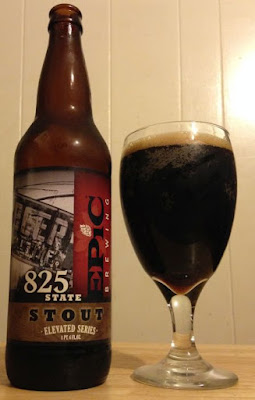 The Boston Brewery's Samuel Adams Honey Queen is billed as a mead. It's probably the best beer in this small batch of reviews. That is to say, it's slightly better than OK. Honey Queen pours blonde in color with a fair amount of carbonation and foamy head. The aroma is heavy on the honey. A little bit of lemon and floral hops on the nose, too. The flavor is sweet but not cloying. Mild wheat, a slightly tart honey finish. I thought this was pretty good. It's not expensive, so what the hell, I might even buy this one again. 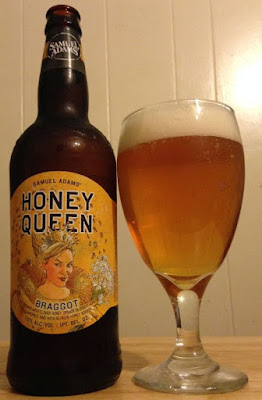