Starr Hill's Reviver Red IPA is like a muted version of Sierra Nevada's Flipside. It pours deep copper red with a lot of suds. The aroma is where this thing gets closest to Flipside, that same caramel malt and pine hops is right there on the nose. But Reviver can't quite deliver that same big, bright, delicious taste. This beer's flavor is a little dead up front. The pine comes through at the end, but it isn't enough to really carry this thing to the same great heights as Flipside. Not bad, but not special. 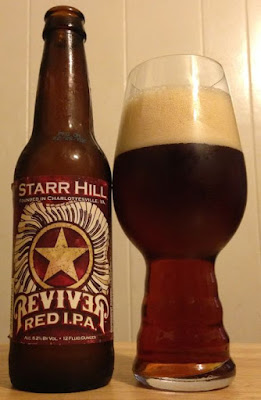