I'm not a fan of pumpkin beer, so I liked New Belgium's PumpKick more than I thought I would. It's copper colored with a thin head. This beer smells a little like Fat Tire, with ginger and nutmeg. That's kind of the taste, too, plus cinnamon and allspice. The pumpkin in the flavor actually tastes like real pumpkin rather than something artificial. Pumpkin beer is still not my kind of thing, but this is not bad. 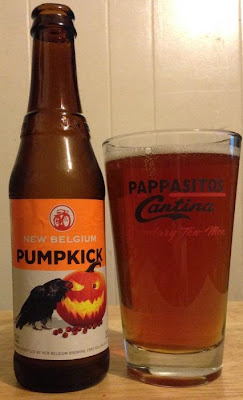