My foray into supermarket beers officially ends tonight, with a review of the most godawful, undrinkable glass of swill that has ever been served to anyone in my house. And I served it to myself. I have no one else to blame. I don't know if I really even need to write a review of Icehouse lager. I could probably get away with just posting a popular internet meme: 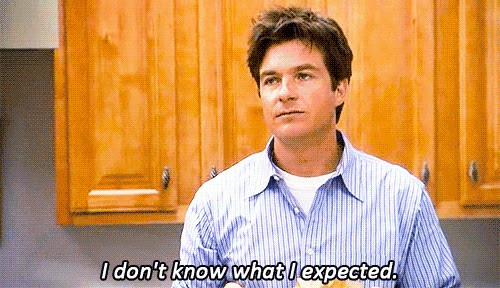 
It’s almost like this beverage is an outright act of hostility on the part of MillerCoors. I don't know whether to recoil at it's viciousness or marvel at it's efficiency. This beer is wrong on every level.

Icehouse even manages to be ugly to look at. It pours piss yellow with a few splotches of foam that look a bit bacterial. I felt like I should get a test-tube full of it and have my local extension agent test it for fecal run-off water. And as ugly as it is to look at, it's even uglier to smell. The aroma is like some unholy mixture of a little paint thinner, a little vinegar, and a lot of water. The thing is, there is hardly any aroma there, so you have to really inhale and get a snoot-full to smell it at all. And then, once you do, getting the smell out of your nose is just awful. Once when I was a kid, a raw chicken slipped out of a grocery bag and got under the back seat of my mother's Ford Escort. A couple of days later that car smelled like what I'd imagine Ozzy Osbourne's taint must smell like. Icehouse smells worse than that.

Actually drinking this stuff is an exercise in asceticism. It’s like scourging one’s own palate. I don't even know how to describe it. I'm going to have to try to conjure up something figurative. OK, it's like this... It’s like if you boiled brussels sprouts and let the water sit in the pot out on your porch all day, and then put it in the fridge for a while, and then tried to "enjoy" it.

Icehouse is not suitable to use for drowning rats. 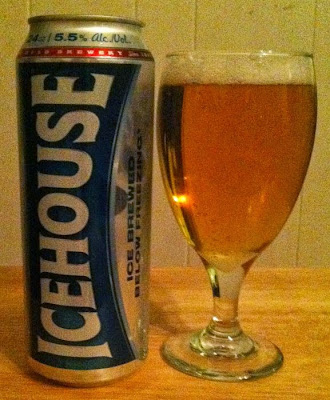 I hereby pronounce this grocery-store beer experiment over. I have gone too far, and for too little. Tomorrow I will return to my most-local craft beer shop and stock up on favorites, regional start-ups, and seasonal brews. I'm sure, if nothing else, I will appreciate them more than ever.
at 11:44 PM