Now that I've (almost) stopped drinking beer entirely I'm running out of things to blog about. I may just stop entirely soon. I've seen a couple of movies that are worth reviewing; World War Z and This Is The End. Both of them were entertaining enough to justify matinee ticket prices. I may write reviews at some point.

As I said, I've almost entirely quit drinking beer. I made an exception yesterday. My favorite beer of all time is the 10th Anniversary hoppier version of Stone's Ruination IPA, which was a one-time-only release last year. I loved it. I was able to get hold of eleven bottles of it over the course of the limited run, and enjoyed each one more than the one before. Apparently I wasn't the only one loving it, because Stone has re-released that tenth-anniversary recipe once more as a limited, small batch for the summer of 2013. This time they've simply called it RuinTen. My favorite beer store finally got a case of it, and graciously allowed me to purchase four bottles. It is as delicious, as aggressive, and as unique as last year's batch. If I happen to come across any more of it, I'll buy it. As it is, these four bottles will probably be all I'll get, and I enjoyed one of them tonight. Once the RuinTen is gone, I'm back on the no-beer wagon. But not tonight. Tonight, I grieve for the angels because they ain't got what I've got. 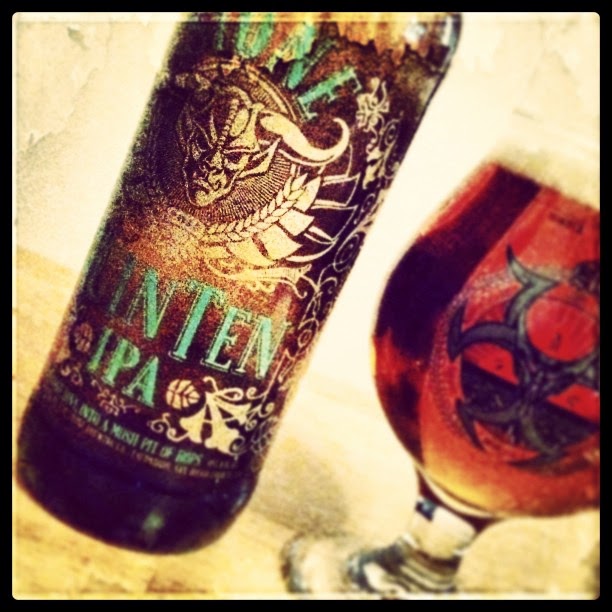 Email ThisBlogThis!Share to TwitterShare to FacebookShare to Pinterest
Labels: Beer