The only thing that sucks about Lagunitas Sucks is that this IPA is a limited time release. And an accidental one that that; this was a brew that resulted from a mistake, and that explains the self-depreciating name. Sucks might be the best Laugnitas brew I've had, with a strong hop profile that doesn't at all detract from the sweet, rich, almost-barley-wine like character. Strong molasses and honey gives this thing an unmistakable uniqueness. I'll miss it when it is gone. 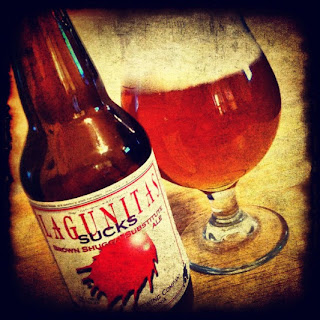