My son and I saw Skyfall at a second run theater this week, and we both enjoyed it. I'm no huge James Bond fan, but I used to watch the old Connery films when I was a kid, and I always enjoyed them. Skyfall is an anniversary film of sorts, it marks fifty years of James Bond films. This movie sets a new direction for the franchise while serving as a tribute to the bond films that came before. And that is fitting, given that the creative team behind this latest film was surely influenced by the creators of the classic Bond movies. 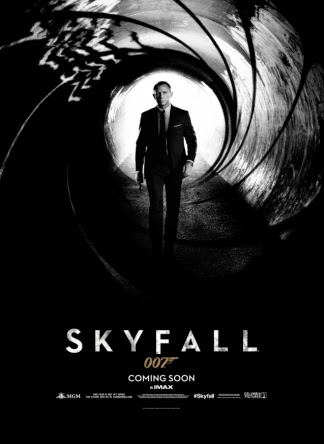 There are numerous easter eggs and call-backs to the previous Bond films. I won't spoil all of them, but I will say to expect familiar props, names and locations. Some of the call-backs are very subtle; the martini reference slipped right past my son but made me laugh out loud. Other references are as blatant as a tricked out, vintage Aston Martin.

But there is a lot more to Skyfall's "ghosts of 007's past" themes than just sight gags and arched eyebrows. The movie slyly contemplates it's own relevance in an age where super spies have been replaced (both on screen and off) by drones, satellites and paramilitary contractors. Could, in this world, one highly trained secret agent be a useful weapon against terror? Could modern films about such fictional agents provide both contemplation and entertainment? Skyfall argues successfully in the affirmative, and makes James Bond seem as relevant in 2013 as Batman, Cybercrime, and Seal Team Six.

Skyfall isn't a perfect film. It's too long by at least half an hour, and the final action sequence is badly handicapped by a sluggish set-up. But the slick style provided enough eye-candy to keep me from falling asleep when the story lagged a bit. the performances are all laudable. Daniel Craig is an entertaining Bond, and Judy Dench, Naomie Harris and Ralph Fiennes all provide strong support. As the new villain, Javier Bardem creates a character even creepier than his No Country For Old Men assassin; Bond's new nemesis plays like a cross between Buffalo Bill from The Silence of the Lambs and Heath Ledger's Joker. Throw in some great action sequences, lavish location shooting, and metaphoric content that actually works, and it all adds up to a fine bit of escapism.