DuClaw's Hellrazer IPA tastes better than cat piss smells. It pours a dull copper color with a brief head that leaves no real lacing to speak of. The aroma is almost nonexistent, so at least it doesn't stink. I honestly pick up on no smell, save maybe a faint implication of hops. The flavor is on the bitter side, I suppose. There's a slightly astringent hop character that leaves a little tingle of an aftertaste, but not much more. I won't have this again. 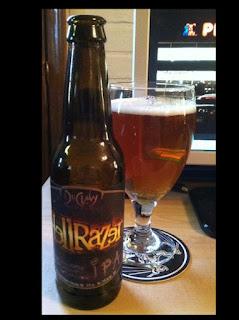